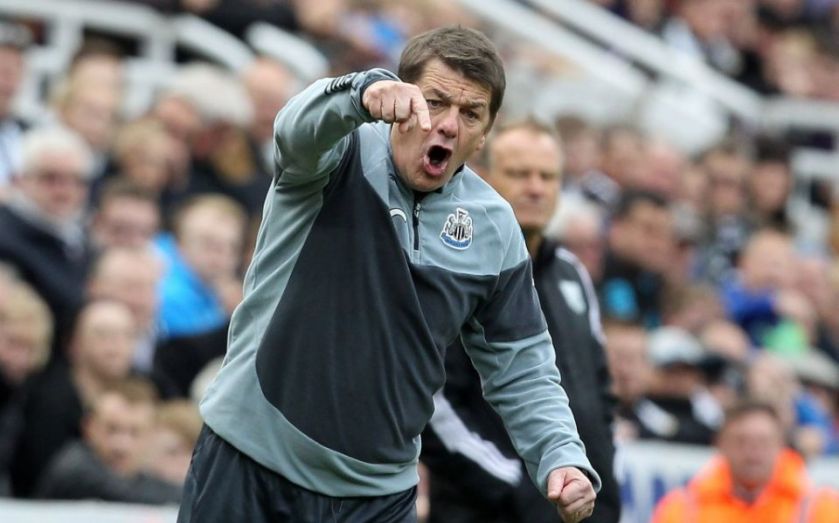 Relegation to the Championship could be a blessing in disguise for Newcastle United fans should their team lose and Hull City win this Sunday, former chairman Freddy Shepherd has said – because it could be what finally forces the deeply unpopular Mike Ashley to hand over the club to anyone who'll take it.

Read more: Newcastle named the 19th richest club in the world – but how much of Mike Ashley's money goes on transfers?

"If they do get relegated then I think there could be a change of ownership, I'm sure," Shepherd told the BBC. "You can't get relegated twice in seven years without something at the top being sorted out."

Yet would Championship football really mean an Ashley sell-off? This is an owner who has shrugged off vocal opposition from fans, suffered a previous relegation and shown little to zero interest in winning trophies.

With revenues on the rise (Newcastle were named the 19th richest club in the world by Deloitte earlier this year), Ashley has been content to count the millions in the boardroom as furious voices rise in the stands.

Newcastle's revenue topped £100m for the first time last season, and with a record £5.1bn Premier League TV deal beginning the season after next the prospect for even bigger turnover could be enough to convince Ashley to fund a promotion push.

Dr Simon Chadwick, professor of sport business strategy and marketing at Coventry University, told City A.M.: "I don't see Ashley selling up and walking away [if Newcastle are relegated] because if he can get the club to bounce back after one season, then this time next year we could be talking about the £150m Championship play-off game they'll be playing at Wembley to get into the Premier League."

"So I don't think relegation will be a prompt to anything kind of radical happening at Newcastle United."

Ashley endured one season without the Premier League's bumper payday before, and could well do so again, argues Chadwick, especially with matchday and commercial revenues unlikely to fall in the short term thanks to the club's large and committed fan base and its long term sponsorship deals.

In fact, if Newcastle were relegated it could even encourage Ashley to open the check book in order to ensure Newcastle have a squad challenging for promotion to an even richer Premier League in 2016, when even the bottom club will make £99m – around 76.3 per cent of the Magpies' total revenue from last season.

Such is the size of Newcastle and such is the potential financial windfall this time next year for any club that’s going to be into the Premier League the following season that I think there’s likely to be a certain amount of patience amongst commercial partners and sponsors.
Mike Ashley can be criticised for a lot of things but one of the things he has done is run Newcastle United in a much more business like fashion. To watch what he does over the next two or three months – particularly if Newcastle United get relegated – will be telling. Because if he envisages there being a financial windfall by being in the Premier League in the 2016/17 season then he will do his utmost, everything that he can, to make sure Newcastle are back there next May.