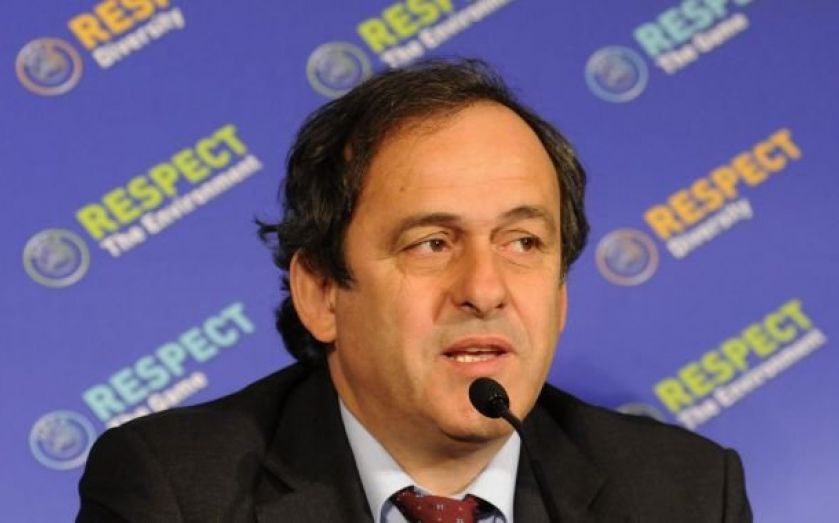 Michel Platini will not run against Sepp Blatter for the presidency of Fifa, it has emerged today.
The current Uefa president and former France footballer had been considering a bid for the leadership of  football's governing body, which he described in June as being in need of a "new breath of fresh air".
However, in a Monte Carlo meeting ahead of the Champions League group stage draw this afternoon, Platini told the heads of Uefa’s 54 European football associations that he would not be running as a candidate in Fifa's presidential election next May.
Platini, who is already a Fifa vice-president, told the press this morning that he hopes "somebody will oppose Mr. Blatter and nobody will oppose me for Uefa."
In 2011, Blatter had promised to leave office in 2015, but has since reneged on that decision and revealed intentions to run for a fifth term.
If Blatter wins the election in May – a result that looks inevitable following Platini’s decision – his incumbency will stretch to 20 years.
Ahead of the World Cup in June, five of Fifa’s six confederations announced their support of Blatter remaining in charge, with Uefa the only dissenting voice.
Platini said at the time:

I am supporting him [Blatter] no longer. I have known him for a long time, I like him, but I am not favourable to him having another term.
I think Fifa needs a breath of fresh air. I share the European position. A new mandate for him would not be good for football.

However, that breath of fresh air is unlikely to be provided at next year’s election. Blatter’s only current opponent is former deputy secretary general, Jerome Champagne.
In July, Football Association chairman Greg Dyke compared Fifa to North Korea and pledged that England will not bid to host a World Cup as long as Blatter remains president.
Yet the prevalence of such anti-Blatter sentiment in Europe, would not have been enough to topple Blatter, with Uefa’s 54 confederations forming only a fraction of Fifa’s 209 confederations.