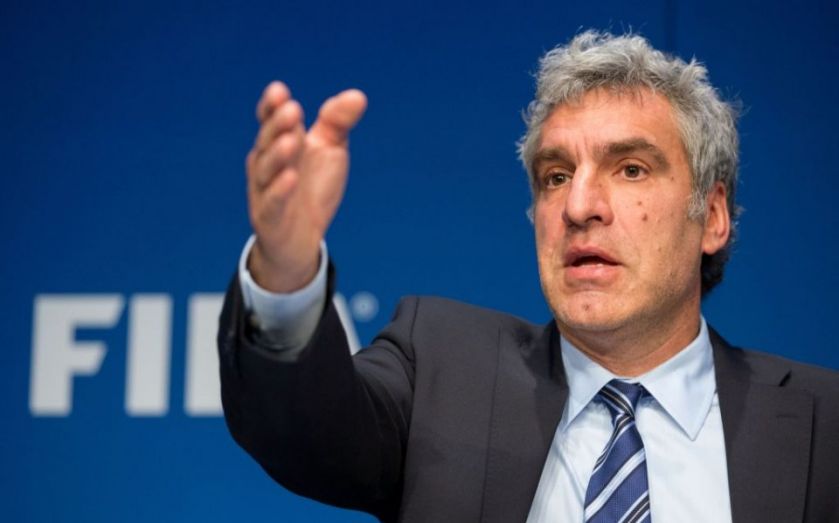 Walter De Gregorio, Fifa's director of communications, will step down from his role "with immediate effect" according to the football governing body.
This comes a fortnight after he described the FBI-led arrests of senior figures as "a good day" for Fifa. He was appointed to the role four years ago and acted as a senior aide to Sepp Blatter, the former President who stepped down last week.
“Walter De Gregorio has decided to relinquish his office with immediate effect as Director of Communications & Public Affairs," Fifa said in a statement. "Mr De Gregorio will serve Fifa on a consultancy basis until the end of this year.”
Yesterday, bidding for the 2026 tournament was suspended in light of the Serious Fraud Office's investigation into corruption.
Chuck Blazer, a former Fifa official, admitted last week that he accepted bribes for World Cup bids. In his guilty plea during a secret 2013 hearing in New York, Blazer said he and others on Fifa's executive committee had accepted bribes for the 2010 and 1998 World Cups.