Men's tennis at a crossroads: The ousting of ATP president Chris Kermode has left the sport in a period of flux 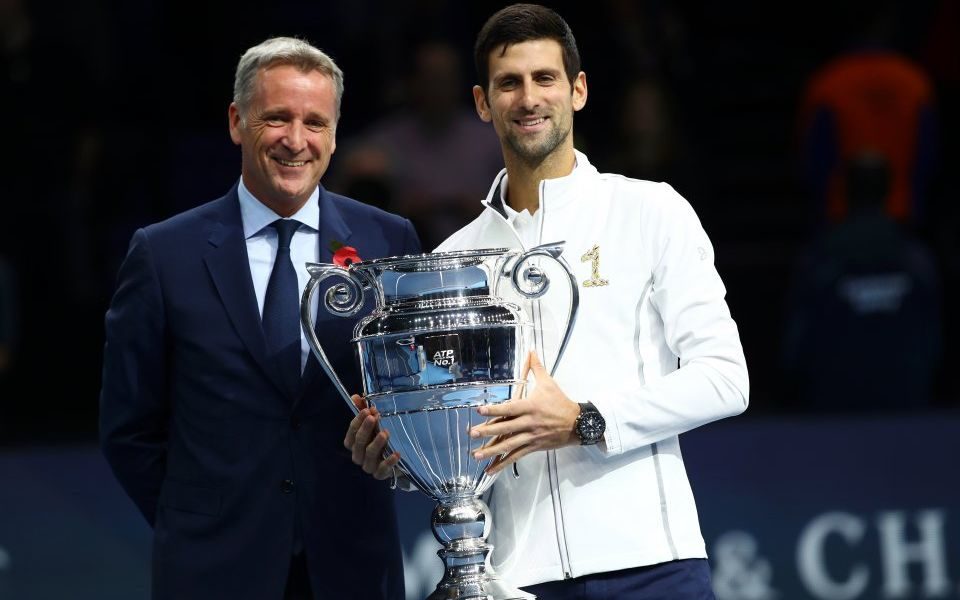 On the face of things, men’s tennis seems much the same as it always has been. The same players are dominating the grand slams. The same youngsters trying to break through. The same tournaments being contested in the same order as always.

But turn your attention away from the courts and the men’s game is hurtling towards a crossroads, with factions fighting over the wheel to try and steer the game in their chosen direction.

The surprise ousting of Chris Kermode, the British president of the Association of Tennis Professionals, earlier this month has left the sport in a great deal of uncertainty.

Kermode will step down from his role at the end of 2019 after failing to secure enough votes for another three-year term at an ATP board meeting in Indian Wells. The 54-year-old, who has held the role since 2014, was effectively pushed out of the door by a cabal formed by the player board representatives.

Although Kermode said he will stay “fully dedicated” for the remainder of his term, the surprise move has sent shockwaves through men’s tennis.

The former tournament director at Queen’s Club has an extremely difficult job, with the ATP representing both the players and the tournaments which they compete at. He is forced to perform a balancing act, weighing up both sides of the equation before making decisions.

Despite the nature of his position Kermode has enjoyed a productive six years, introducing the Next Gen Finals for up-and-coming players, launching the Davis Cup-rivalling ATP World Team Cup, bringing in rule changes, including a serve clock to speed up play, and overseeing a period of continued growth, which has been reflected in the rise of prize money. But it’s not been enough to save his job.

Novak Djokovic has led the backlash against Kermode (Source: Getty)

While the ATP tournament council said Kermode had “navigated the challenges” presented by opposing camps “impressively”, it was the views of those who voted to remove him which told the real story.

World No1 Novak Djokovic, who chairs the players’ council, would not comment specifically on Kermode, but made his view clear when addressing potential successors.

“The structure is flawed: the president has to be a tie-breaker in many situations. In most cases there is a conflict of interest,” he said. “It’s time to make changes to protect the president and release him from pressure and to hopefully also have some independent input on things.”

In a statement the ATP player board representatives, who alongside Djokovic brought about the change, said they were shocked the media had taken an interest.

The issues at the crux of the argument are complicated. Kermode’s backers, which include Roger Federer, Rafael Nadal and Stan Wawrinka, would point to the rise in prize money – those who reach the first round of Wimbledon earn £39,000, a 66 per cent rise since Kermode’s arrival, while the pot for the Indian Wells Open has increased from $5.2m to just over $9m.

However, as Braham Dabscheck, an expert in the legal and economic issues of sport at University of Melbourne tells City A.M, not all players see the benefits of that money.

“The problem is how it is distributed,” he explains. “His approach is that players are rewarded by performance pay, rather then guaranteed pay. This means that it’s essentially winner takes it all. This enables them to have bigger and more talented support teams, which perpetuates their dominance. Lesser players are unable to compete.”

The distinction between the top tier of players like Djokovic – who has earned $128,804,799 in career prize money – and the rest means Kermode has to take into account even more considerations; it’s not just players against tournament organisers.

The problems clearly run much deeper than just the man at the top. Men’s tennis has endured a systemic issue since the ATP Tour was founded in 1990.

“Tennis is the only sport where the players don’t have independent representation,” former player Andy Roddick told ESPN in January. That’s the root of the problem, according to Dabscheck, who believes the ATP has an obvious conflict of interest.

“There is also an age difference between the ATP’s operatives and its members. Most players are young, but its officials are older and mix more readily with the oldies that run tours,” he adds. “The interests of the tour operators become more significant than the needs of players. This is essentially an issue of governance and the need for players to have arms length independent representation by a body which they ‘own’.”

Kermode’s departure date is still some way off, meaning men’s tennis does at least have some time on its hands. But with so many factors to consider, agendas to placate and an imperfect system to work within it doesn’t look an easy mess to clean up, as Dabscheck notes.

“The issue will be what those holding the new broom want to achieve and how they engage the broader playing group.”