Marvel What If...? episode 5 review – an undead adventure 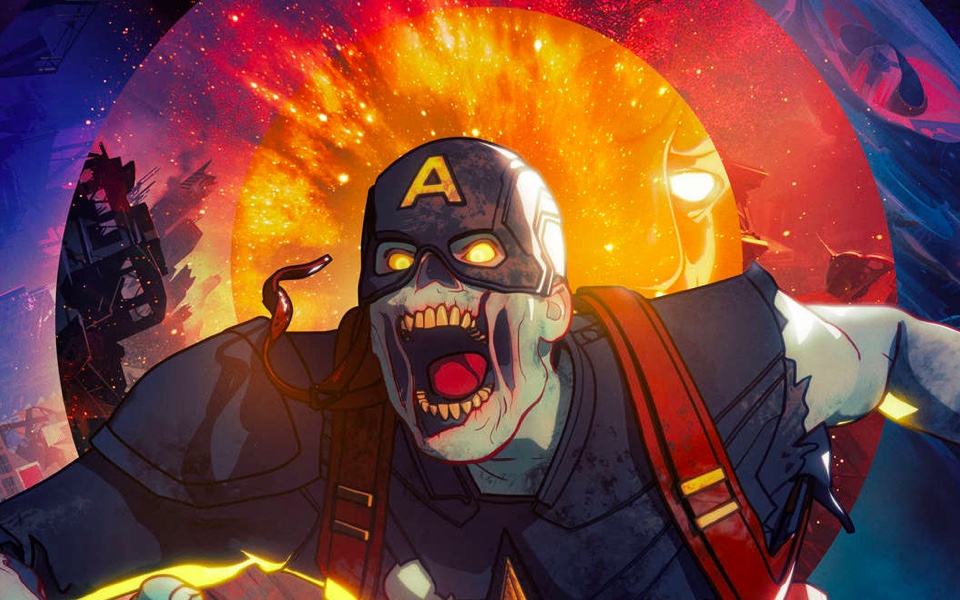 There have been some interestingly complex questions in the first half of What If…?, Marvel’s cavalcade of hypotheticals. What would happen if Peggy Carter became the hero Steve was meant to be, or if the original Avengers were killed before they started? This week, things are a bit simpler, and this is reflected in episode 5’s title: What If…Zombies!?

A quick primer: Marvel Zombies was a limited series of comic books in the mid-2000s, and the concept also appeared in later crossover stories. It’s become a cult favourite storyline, referenced in Marvel video games and toys. The premise is more or less what it sounds like – the Marvel superheroes infected with a virus that turns them into zombies, while still retaining their powers. There’s been some rumours of a film (director Ben Wheatley has expressed interest in the past), but Disney has chosen What If to realise the story in their own way.

The episode begins at the pre-credit sequence of Infinity War, where Bruce Banner (Mark Ruffalo) crashes into the Sanctum Santorum and gasps “Thanos Is Coming!” Except, in this universe, there’s no-one to say “who?” Banner walks out into a deserted Manhattan and is confronted by Thanos’ Black Order. As with Infinity War, The Hulk isn’t coming out to play. Luckily, Iron Man, Doctor Strange and Wong arrive to take them out, but through the haze of battle it’s revealed they are zombies! Banner is saved in the nick of time from Hope Van Dyne aka The Wasp (Evangeline Lily) and Spider-man (Hudson Thames).

The early part of this episode depends on Ruffalo’s comic timing, which is solid. Given the morbid tone, he has to keep it light with his horrified quips (“Don’t eat me… I’m Vegan!”) that give the sense this is going to be more of a romp than last week’s Doctor Strange drama.

It’s explained than Hope’s mother, Janet Van Dyne, contracted the virus in The Quantum Realm, with she and newly infected Hank Pym being brought back to Earth. The remaining Avengers team joining the trio are Bucky (Sebastian Stan), Okoye (Danai Gurira), Sharon Carter (Emily VanCamp), Happy Hogan (Jon Favreau), and Ant-Man’s ally Kurt (David Dastmalchian). After a Zombieland-like explanation of “the rules” of surviving zombies, the group travel to Grand Central in order to get a train to New Jersey, where an Avengers base seems to have found a cure.

It’s mostly action here, with our heroes being picked off slowly as the escape is put together. There are some fun moments (Happy using Iron Man’s blaster and saying “blam” with each blast), but it’s not that much more than a standard survival horror with a Marvel reskin. That’s not a bad thing, but after last week’s moral maze this is a lighter adventure.

Happy and Sharon are killed, and on the train to New Jersey it appears Hope has been infected. Peter Parker pleads with her to hang on, and there’s a sweet conversation about Spider-man’s ability to hold on to hope regardless of all that he’s lost. It’s a good point, and one that should be explored in the films more as Spidey becomes more important to the group. The train runs out of power just short of the base, and there’s a crowd of zombies waiting for them. Hope makes herself giant in order to carry her friends over the crowd, and then sacrifices herself.

Once inside, it’s revealed Vision (Paul Bettany) has found a cure using the Mind Stone, retaining a surprisingly plucky Scott Lang (Paul Rudd) as a head in a jar (he later teams up with Doctor Strange’s cape in a weirdly brilliant crossover). Against Vision’s wishes, the team investigate the base to discover that T’Challa (Chadwick Boseman) is being held there, and Vision hasn’t entirely been honest. He’s been holding on to Zombie Wanda, unable to kill her out of love, and unable to cure her especially strong infection. So, he has been feeding her innocent people. The team convince him that he must do the right thing, and Vision pulls out the Mind Stone, killing himself and allowing the remaining Avengers to pull off an escape via a jet (but not without sacrifices from Bucky, and Okoye).

T’Challa, Peter, and Scott make their way back to Wakanda, which possesses technology advanced enough to formulate a cure. Peter is stricken by the losses, but T’Challa comforts him with some poignant words: “in my culture, death is not the end. They are still with us, as long as we do not forget them”. Excuse me, I’ve got something in my eye…

Despite the mass death, episode 5 kept things humorous and made the Marvel Zombies storyline work within the MCU structure. Would it make for a good film? Probably not, as the nature of the concept means this is probably the limit of what’s possible (Avengers get infected, remaining Avengers try to find cure). However, it did offer the best cliffhanger of the series. The final shot shows that the remaining Avengers are heading to Wakanda, which has an unexpected visitor: Zombie Thanos, who holds up the Infinity Gauntlet with one missing stone, which is being unwittingly delivered to him. As stated last week, there are fixed points in the Marvel Universe – it appears that Vision and Wanda were destined to be parted, and that no one would stop The Mad Titan (well, not the first time anyway).

New episodes of Marvel’s What If…? are available every Wednesday on Disney Plus.