Barcelona came to Manchester in-form, as second-favourites to win the Champions League and with the best player in the world in their side, but in the event United were far from out-classed.

The Spanish giants huffed and puffed and had the better chances, but their narrow 1-0 win – their first in the Champions League at Old Trafford in five attempts – came courtesy of an early Luke Shaw own-goal. In truth they were far away from blowing the house down.

Yet with La Liga all but sewn up thanks to an 11-point cushion and the second leg at the imposing Camp Nou, Ernesto Valverde’s side ultimately did enough.

There was none of the tiki-taka magic and little of the Lionel Messi genius – more a stuttering but effective performance befitting a less storied team.

United looked set for a long evening when the teams were announced with the inexperience of Scott McTominay, Fred and Diogo Dalot up against the seasoned Sergio Busquets, Ivan Rakitic and Philippe Coutinho.

Nemanja Matic and Ander Herrera were not missed though as McTominay put in an assured, positive and aggressive display, Fred mopped up well in front of the defence and Dalot stuck to his task on the wing.

Busquets, meanwhile, was sloppy in possession and fortunate not to receive a second yellow card following an early booking for a tug on Paul Pogba’s shirt.

Messi came into the tie as the Champions League’s joint top-scorer, with 13 goals in his past nine appearances in all competitions and with 22 goals in 30 appearances against English clubs in the competition. But even the very best can have an off night.

After getting a bloodied nose from Chris Smalling’s trailing arm early on he was unable to knit together his side’s normal free-flowing stylish football. 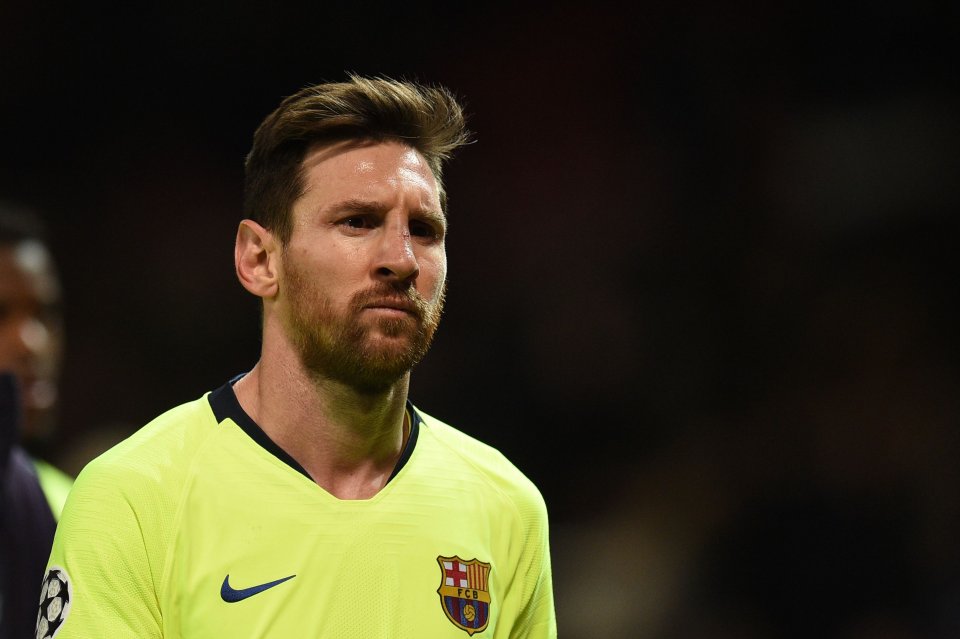 Instead he dropped deeper and deeper in an effort to evade the United low block, moving into less and less dangerous positions in a type of match that did not suit him.

The Argentine may have scored in Champions League final wins over United in 2009 and 2011 but he still hasn’t netted at Old Trafford.

Physicality but no finesse

While their determination, intent and commitment cannot be faulted, the hosts’ play in the final third was disappointing as they failed to fire a single shot on Marc-Andre ter Stegen’s goal.

With McTominay, Fred and Smalling full of energy, Barca frequently coughed up possession. But try as they might, United simply couldn’t turn good positions into attempts.

Romelu Lukaku was anonymous, Marcus Rashford was wayward throughout from free-kicks and distance, Ashley Young’s delivery was consistently terrible and the one chance they did create was headed nowhere near the goal by Dalot from Rashford’s back-post cross.

Ole Gunnar Solskjaer will be pleased with many aspects of his team’s performance, but the lack of finesse in the final third may in time make the night look like a missed opportunity.

United’s home form in Europe has been awful this season, with a 1-0 win over Young Boys the only victory – and indeed only goal scored – in five matches.

Barcelona joined Juventus and Paris Saint-Germain in claiming Old Trafford wins this campaign, meaning the Red Devils have lost three at home in a single season for just the second time in Champions League history.

Of course, Solskjaer’s side have shown remarkable spirit in Turin and Paris to make up for home defeats, but could a third away comeback against a team who have only lost once in all competitions since 23 January prove a step too far?

“With the result and what we did against PSG and how we climbed the table, clawing back points, the players have given themselves and the supporters great confidence and belief we can do this,” said Solskjaer pre-match.

The Norwegian will have to repeat his favourite party trick once more if United are to upset the odds again.