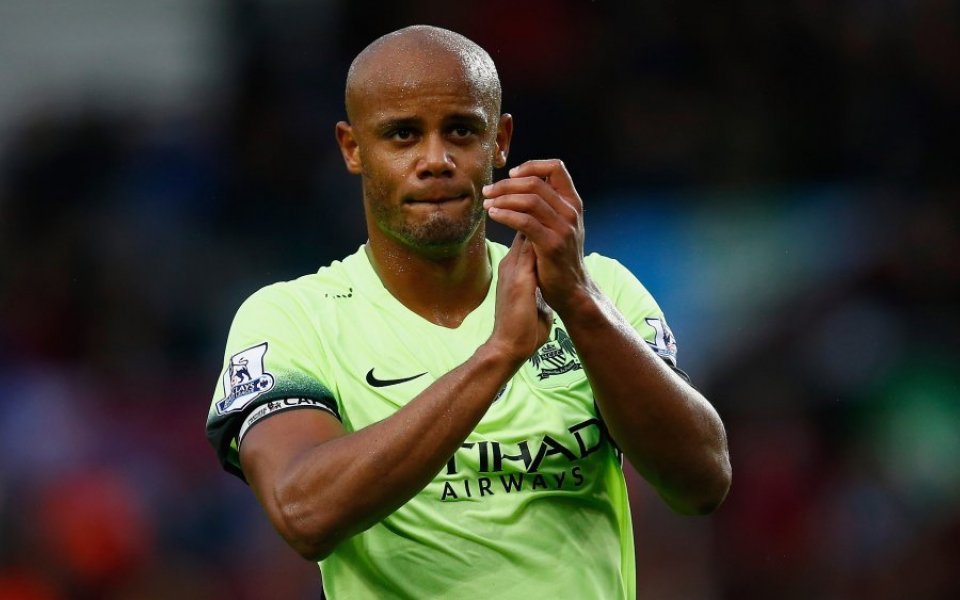 Manchester City were once again left to rue the absence of Vincent Kompany after losing 2-0 at Stoke, a defeat which leaves them vulnerable to being overtaken at the Premier League summit.

It also marked yet another game in which a City side without its captain Kompany has struggled to cope without their captain – despite having two of the three most expensive centre-backs in Premier League history at their disposal in Eliaquim Mangala (£37.8m) and Nicolas Otamendi (£31.2m).

Kompany has missed seven games this season and City have failed to keep a clean sheet in every single one. In the eight games he has appeared, they've kept seven clean sheets and conceded just one goal.

Furthermore, all of City's four losses this season have come in games without their leader on the pitch.

At the Britannia this afternoon City's defence, which had Martin Demichelis partnered with fellow Argentine Nicolas Otamendi at its heart, looked overwhelmed with Stoke's multi-pronged attacking threat in Arnautovic, Shaqiri, Bojan and Ibrahim Afellay.

City shipped two goals within 10 minutes during a mini-collapse in the opening quarter of an hour – a familiar affliction for Manuel Pellegrini's side in their Kompany-less defeats this season.

City shipped two goals in 10 minutes during a 4-1 loss to Liverpool and three goals in 15 minutes in a loss to Tottenham by the same score-line.

Kompany has been out of action since the start of November after he returned from international duty with a calf injury and missed four games earlier in the season with a similar knock. 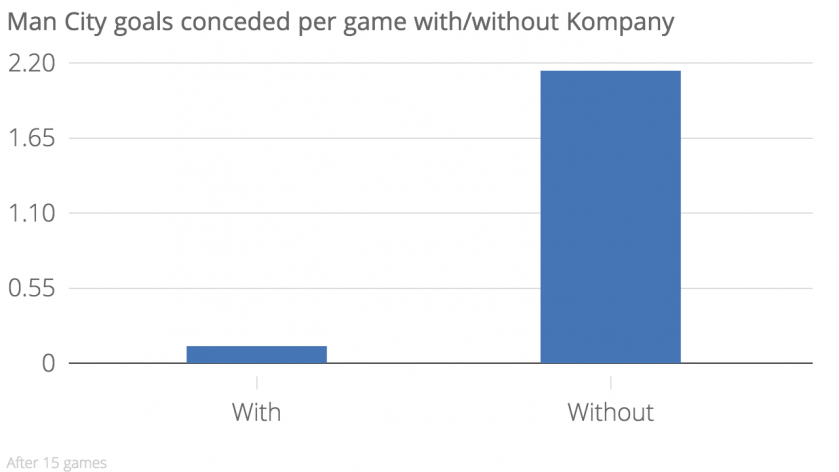 Finding a centre-back to step up in his absence has been a perennial problem for City in the Abu Dhabi era.

Since Kompany established himself as an undroppable presence in City's defence, shortly after signing from Hamburg for £6m in 2008, the cash-rich club has dropped £130m on other centre-backs yet none have been able to establish themselves as a long-term partner for the captain.

"We don't depend on Kompany because we have other players that are doing well and we have an important defence," said Pellegrini before the Stoke fixture. "But always the team is better with Kompany," he then added.

After yet another loss without him, that looks like something of an understatement.