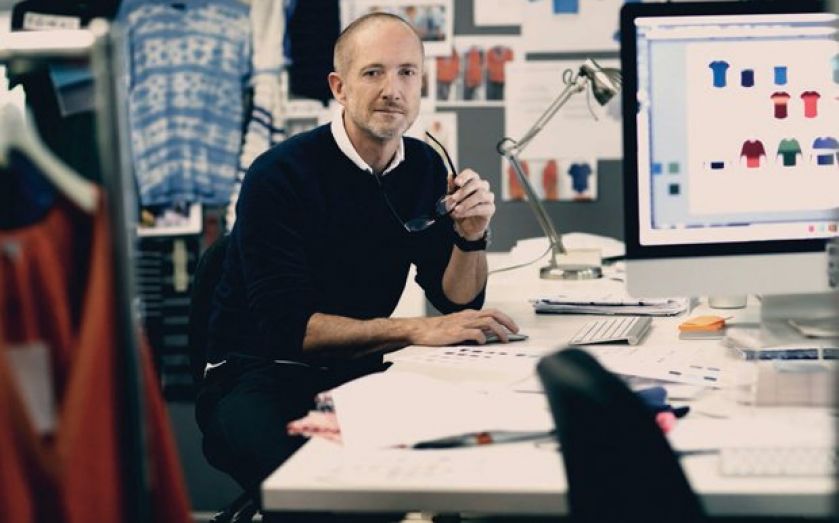 Spending two years building a business on your tod can’t be easy. But for Adam Brown, founder of swimwear and fashion brand Orlebar Brown, it turned out pretty well.
Back in 2007, Brown decided to set up the company. The story of how, while at a friend’s birthday pool party in Rajasthan, which was filled with men in shapeless and baggy swimwear, bums hanging out, he got the idea of creating a high-end, well-tailored men’s swim short, has been well covered. But the idea had in fact been with him for a long time.
A decade earlier, he had voiced it to a friend. “I still remember it. We were in a restaurant in Miami. I said I’d love to design swimwear, but they pointed out how crowded a market it was. It sort of put the idea to bed.” But ten years on, and Brown was “at a point in life where I really wanted to do something”. Moving between freelance photography and charity fundraising, he knew he was never going to make it big as a photographer. So it was time for a change. “I’d never had that yearning to start my own business, but it was at that point I thought I’d have a go at it”.
Initially, he worked with business partner Julia Simpson-Orlebar, who was “instrumental” at the research, development and launch stage of the business, but had to move on because of family commitments. Brown ploughed on. “I approached everything – from bookkeeping to getting prints made up – in the same way. Each was a challenge that needed to be confronted and solved.” Brown prides himself in having never been afraid to ask, even if the question was straightforward.
Like many entrepreneurs in the early days, he was a one-man band operating out of his spare room. He made 1,000 shorts in five colours and four sizes, then went about trying to sell them.
It wasn’t until after two “pretty tough years” that he took on his first employee. “It just meant I wasn’t doing absolutely everything – ironing shorts, taking them to the post office. If there’s one thing I’m proud of, it’s putting my team together. I had to go through the realisation that I couldn’t do everything myself – and that that’s a good thing.”

Despite “a lot of people not knowing what [Orlebar Brown] is,” Brown is now heading up a company which is aiming for £20m in sales this year. He never made a conscious decision to make his products premium, he says – rather, it was their production cost which determined the price point the firm went for and, subsequently, how the brand came to be perceived. “It actually means we had clarity on who and what we were very early on – and that’s been very useful.”
The company, which is backed by private equity firm Piper, is still predominantly known for its men’s swim shorts – but Brown wants to change that. Clothing for women is an important growth area, and already, 55 per cent of the company’s sales are from non-swimwear. “T-shirts and polos are important for us. People want holiday clothes that you want to wear every day. That’s where Orlebar Brown’s opportunity lies. We’re lucky that we have a main product people recognise; we can build on that.”
Location-wise, the firm has always been quite UK/Europe focused. But currently, 30 per cent of its business comes from the US. It now has a permanent showroom and five members of staff over there. Yet despite the “big opportunity” the States affords, Orlebar Brown “isn’t ready to go as far east as Asia.” This is an example of Brown and his team getting better at parking ideas. “A few years ago, we did get stressed that there was so much we could do, without knowing what to concentrate on. But we recruited senior management, and that brought experience and focus. Now we think, ‘okay, there are 40 things we could do, but 10 that we’re going to look at and do well’.” Brown’s target is five main cities in the US – “that’s quite enough to be getting on with. There’s plenty of growth to be had there.”

When Brown first voiced his business plan, he was greeted with “visible laughter… a sense of disbelief, and merriment. People just didn’t understand the notion of tailored swim shorts. Our swim shorts are simply shorts that you can swim in. Our message is that you go and buy a nicely cut suit, and the shorts are based on that cut. It’s nothing cleverer than that. You don’t have to go swimming in an elasticated waistband.” I ask Brown how many pairs of Orlebar Brown shorts he has. “Mountains. And that’s not including the t-shirts. If there’s a product that I don’t want to wear, it shouldn’t be in the collection.”
Over the last few years, the Orlebar Brown message does seem to have percolated through to the public, says Brown. The company’s mid-length short is still its bestseller, but there’s been “noticeable growth in shorter shorts. The board short still has its place, but men are being way braver in exploring lengths – and colour”.
Navy, black and grey are still the bestsellers, but bright colours are picking up in popularity. Brown has also been surprised by the age range of Orlebar Brown’s customers. “It’s strange, because I thought for a long time that we were definitely 30-45. But 18-30 and 45-60 are equally important to us. They all shop differently: 30-45 will buy four or five items at once; the younger group just one. It’s about having a product that people can interpret in their own way.”
Being a small fish in the fashion pond doesn’t intimidate Brown. “We can speak with a very clear voice in our area, and knowing that Ralph Lauren, J Crew have done it already is fabulous – it means what we’re doing can work.” Indeed, his only regret seems to be the fact he didn’t get going more quickly: “of course I wish I’d done it earlier. I love it. I’m 50 now and, although I’d never want to be one of those founders who constrains the firm, as long as I’m enjoying it and it wants me here, I’ll stay”.