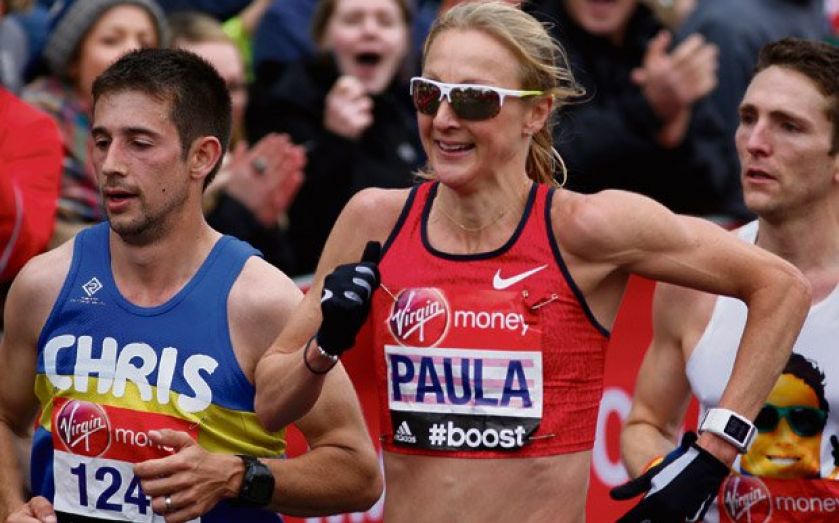 BRITAIN’S Paula Radcliffe hailed the uniquely inspirational quality of the London Marathon after bringing the curtain down on her stellar athletics career by gracing the capital’s streets one last time.

Radcliffe was roared on yesterday as she bowed out at the scene of her greatest triumph, the 2003 victory in which she set a women’s world record that nobody has come close to matching since.

The 41-year-old had warned that she would not challenge the elite runners, yet her time of two hours, 36 minutes and 55 seconds was less than 14 off the winner of the women’s race, Ethiopian Tigist Tufa, and within the qualifying standard for next year’s Rio Olympics.

“I came into this race totally unprepared and hoped the magic of the London Marathon would help me and I’m sure it did,” she said.

“It was so loud, my ears were ringing. It was just amazing the whole way round. All the way along, there were so many people giving me encouragement.

“I wore the sunglasses to keep a lid on my emotions and they definitely hid some tears along the way. I knew it would be emotional and it was so emotional. I nearly lost it at Birdcage Walk but the crowds bowled me over. I wanted it to last forever. It was so special, I’m really going to miss it.

“Down the last mile I thought ‘I don’t care about the time’, I just wanted to thank as many people as I could.

“I went off way too fast. From then on it got more and more emotional. There was a big sign at Embankment saying ‘We will miss you’, but it won’t be as much as I will miss you.”

Radcliffe, who won the race three times, battled achilles trouble to be fit for her final competitive outing.

Her world record time of 2:15:25 – almost three minutes faster than any other woman in history – assures her of a place in British athletics’ folklore, while she will perhaps be remembered as much for her catalogue of Olympic heartbreaks as for her many successes, which include a World Championship gold medal and track titles at the European and Commonwealth Games.