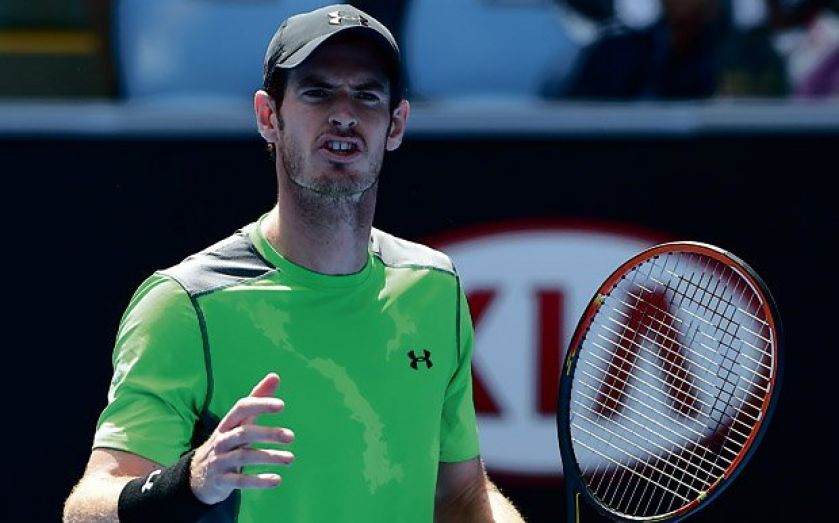 BRITAIN’S Andy Murray is no stranger to hot-headed outbursts on the tennis court but looks positively Zen compared to his next opponent at the Australian Open, Marinko Matosevic.

Bosnia-born Australian national Matosevic is nicknamed Mad Dog for a lively temper that last year saw him fined for spitting, kicking out at a camera and verbally abusing the umpire – all after he won a match.

The irascible world No81 also prompted controversy in 2014 by insisting he would not be following Murray’s lead and hiring a female coach, reasoning that he did “not think highly of the women’s game”.

Matosevic set up a second-round clash with the Scot by winning his first ever match at the Australian Open, which takes place in his adopted home city of Melbourne and began yesterday.

It was also only Matosevic’s third ever win at a grand slam in 18 attempts, yet despite his modest record could prove a tricky obstacle to sixth seed Murray’s hopes of a third grand slam title.

Matosevic was loudly cheered to victory over Kudryavtsev, who complained about the crowd deliberately distracting him, and the home hope can count on more fervent support against Murray.

He is also showing signs of warming to the big stage, having broken his grand slam duck at the French Open last year – “a huge gorilla off my back,” he said yesterday – and then reached round two of Wimbledon.

Murray, 27, cut short his celebrations by eliminating him at Roland Garros seven months ago, however, and also beat him in straight sets in their other previous meeting, at Queen’s Club in 2013.

Matosevic admits that he “would rather not play him second round; I would have loved a lower seed, guys I’ve beaten”, and described his own first-round display as “some of my worst tennis”.

Three-time finalist Murray was never seriously troubled by Bhambri, 22, a former junior world No1 but the lowest-ranked player in the draw, in a 6-3, 6-4, 7-6 (7-3) win that lasted little more than two hours.