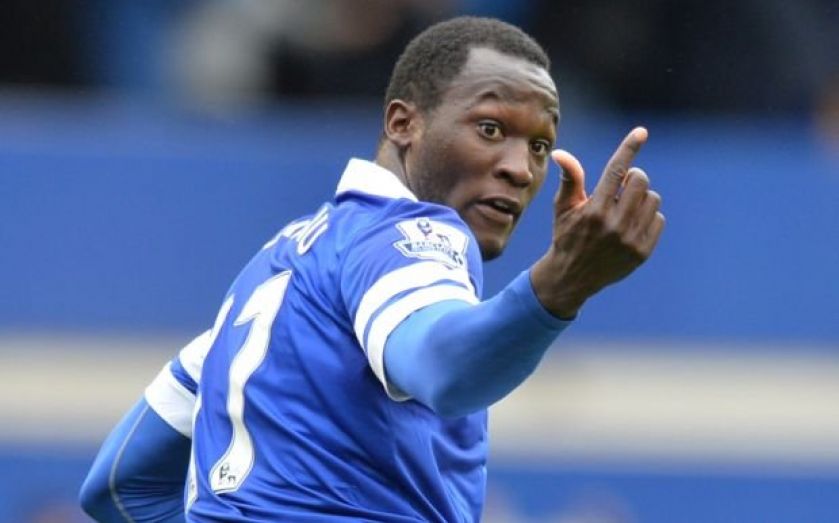 At 21, Romelu Lukaku has 60 club goals in 184 games. He’s scored seven international goals for Belgium including a winner at this year’s World Cup finals. And in the last two seasons, he’s been among the 10 top scorers in the Premier League.
So why did Chelsea – a club not exactly short on cash – decide to sell arguably their biggest prospect?
The prodigious Belgian's attitude was called into question by Chelsea manager Jose Mourinho.
“Romelu likes to speak. He’s a young boy who likes to speak,” Mourinho said last December in response to Lukaku questioning whether or not the Portuguese had paid attention to his impressive performances for Everton.
After his departure yesterday he added: "Romelu was always very clear with us that in his mentality and his approach he was not highly motivated to come to a competitive situation at Chelsea.”
Mourinho, a manager who demands from his players a near-religious devotion to his instruction, did not warm to Lukaku’s individualistic traits. And with Uefa’s Financial Fair Play (FFP) restrictions tightening, Chelsea could not afford to wait around for the relationship to smooth over.

By cashing in on Lukaku now, Chelsea have made a swift profit of roughly £21m (transfer and loan fees) on a player they only purchased three seasons ago for £10m.
It’s a tidy bit of business of the type Chelsea have become pretty good at recently. Other high-profile players such as David Luiz, Juan Mata, Kevin de Bruyne and Daniel Sturridge have been sold on for profit.
All of those players are fully fledged internationals capable of performing to the high standards demanded at Stamford Bridge. Yet the FFP ruling means that Chelsea’s Jordan Belfort approach to the transfer market – characterised by exorbitant fees and lots of silverware –  has had to detox in recent years.
Chelsea can no longer afford to spend big on players such as Diego Costa and Cesc Fabregas without selling first.
Over the next three seasons the maximum level of loss for a club competing in the Champions League will be €30m (£25m) – an average loss of £8m a season. Since Abramovich has taken over at the club, Chelsea have recorded an average loss of £66.6m per season.
Yet the Blues managed to pass the first round of FFP restrictions for the period 2011-13, in which maximum losses were set at €45m.
Chelsea’s losses last season stood at £49.4m but a season earlier the club recorded a small profit for the first time in the Abramovich era. A number of costs such as player contracts that pre-dated the FFP ruling and youth development are deemed exempt from Uefa’s permitted limit, however, and Chelsea were considered to be in line with FFP.
Chelsea look set to continue that trend. Despite this summer’s high-profile incomings, if the Londoners’ dealings were to finish now they would have recorded a net transfer spend of £-2m, a first for the Abramovich era. The £84m raised from transfer sales represents a 96 per cent increase on the £3.4m raised five years ago

Yet it's not just the money made that makes Lukaku's sale to Everton so typical of Chelsea's FFP-era approach to the transfer market.
Despite making just a handful of appearances for the club, Chelsea were able to turn a huge profit on the Belgian by loaning him out to other clubs, picking up some slack on his wages in the process, and see his value escalate as he develops elsewhere.
The same can be said of Kevin de Bruyne, who was bought for £7m in 2012, loaned out to Genk and Werder Bremen, and sold on for a £12m profit this January. Dutch youngsters Patrick van Aanholt and Jeffrey Bruma, purchased for peanuts as teenagers, have also been sold on for million pound fees this summer.
In total, Chelsea had 27 players go out on loan last season, with five of those at Vitesse Arnhem in the Netherlands with whom Abramovich has a close relationship – the current owner Alexander Chigrinsky is a longtime associate of his.
Chelsea have made no attempt to hide the fact that this new process of hoovering up young talent, sending them elsewhere to develop before finally selling them on for profit before giving them a sniff of first team action, is a direct response to FFP.
Ahead of last season, technical director Michael Emenalo claimed: "We are trying to find a way because given Financial Fair Play stipulations we need to recruit young and we also need to have a reservoir of talent that we develop.
"We felt it is better for them at that age to go on loan to somewhere where they get visibility and good competition."
Yet smaller clubs can be excused for asking what is exactly "fair" in the stockpiling of good young players, sending them elsewhere to develop before reaping the lucrative rewards.
*All data taken from transfermarkt.co.uk