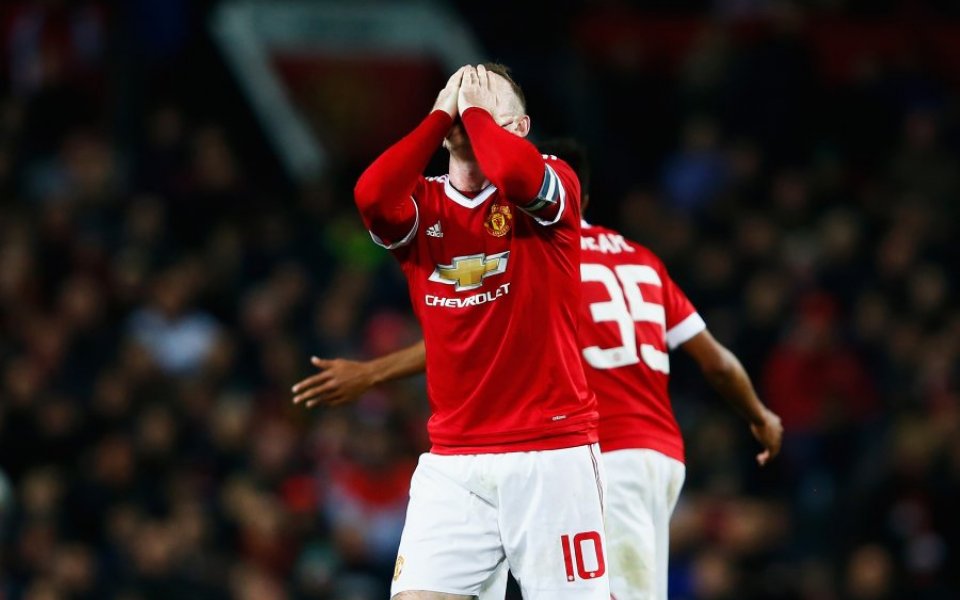 Manchester United manager Louis van Gaal admitted to being disappointed with his players after they crashed out of the Capital One Cup at home to Championship side Middlesbrough on Wednesday night.

England captain Wayne Rooney was one of three United stars to miss a penalty as the hosts lost 3-1 in a shoot-out that followed a goalless 120 minutes at Old Trafford.

“We are very disappointed,” said Van Gaal. “We could have finished so many of our chances so easily and we didn’t do it, so it’s very disappointing. Not one player, but more players so that’s a little bit frustrating. But it’s like that and we have to continue. Okay, we were not lucky. I have to say you have to force the luck.”

United could have lost in regulation time when defender Daley Blind put into his own net but the strike was ruled out for offside.

Attacking midfielder Jesse Lingard hit a post for Van Gaal’s team late on, while both Anthony Martial and Marouane Fellaini were guilty of extra-time misses.

City set up a home tie against second-tier Hull by recording their third five-goal win already this season.

Nineteen-year-old Nigerian forward Kelechi Iheanacho stole the show on his first start for City, scoring one and setting up two more.

Clyne followed up after midfielder Joao Teixeira’s back-heel had been cleared off the line and the home side ended a run of five draws while inflicting the Cherries’ fourth defeat in five games.

Southampton saw off Villa, who sacked boss Tim Sherwood on Sunday, with an unlikely long-range strike from defender Maya Yoshida and striker Graziano Pelle’s volleyed eighth goal of the season.

Scott Sinclair scored a stoppage-time penalty for the visitors, who have now lost nine of 13 fixtures this season.