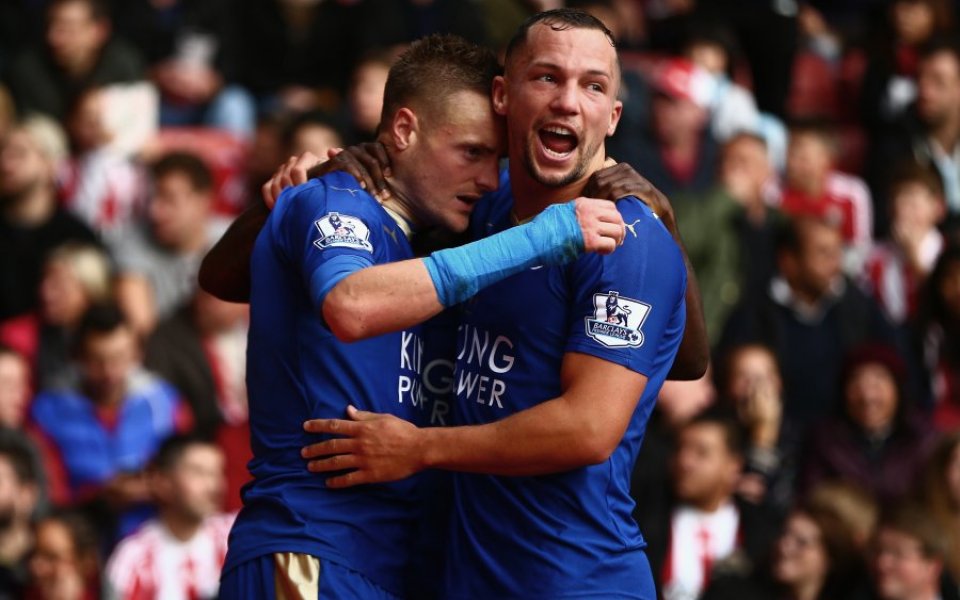 Leicester's charge to the top of the Premier League has got all neutrals rooting for the Foxes and also reminded me of my old Everton side in 1984-85, the season our group of players first won the title.

Just as lifting the FA Cup in the previous campaign gave us impetus to carry on, so too Leicester have built on last term’s brilliant finish in which they won seven of their last nine games to avoid relegation.

I also see similarities in the make-up of the two teams. Our success at Everton was built on a great keeper in Neville Southall in harmony with a strong back four who chipped in with goals – Derek Mountfield got 14 that season – and a solid midfield duo of Peter Reid and Paul Bracewell.

At the foundation of Leicester’s run is Kasper Schmeichel and a defence of Christian Fuchs, Wes Morgan, Robert Huth and Danny Simpson that has proven more dependable than it looked on paper, while N’Golo Kante and Danny Drinkwater, with their protection and reading of the game, have been Leicester’s answer to Reid and Bracewell. Attacking is important too, but you can’t concede two every game and rely on scoring three.

Claudio Ranieri has benefited from picking a settled side and playing in a consistent way. The manager dubbed Tinkerman for rotating his old Chelsea team tinkers no more, and it means his players know what they have to do and are performing it to the maximum.

Leicester’s game is one of organisation and counter-attack, but that is easier said than done and relies on players who can pass. One facet of their game that I think has been overlooked is the Foxes’ top-level technique. The way Kante, Drinkwater, Riyad Mahrez and Marc Albrighton use the ball is fantastic and allowed them to cut Manchester City apart time and time again in their 3-1 win on Saturday.

For all the similarities, Leicester’s achievement would be better than ours at Everton if they can do it. But they haven’t yet, and face another test of their credentials at Arsenal on Sunday. Defeat could sow some doubts and leave them vulnerable. So far, however, Leicester have been rock solid mentally. Ranieri has instilled belief, and players have responded to his calm, charismatic and likeable approach.