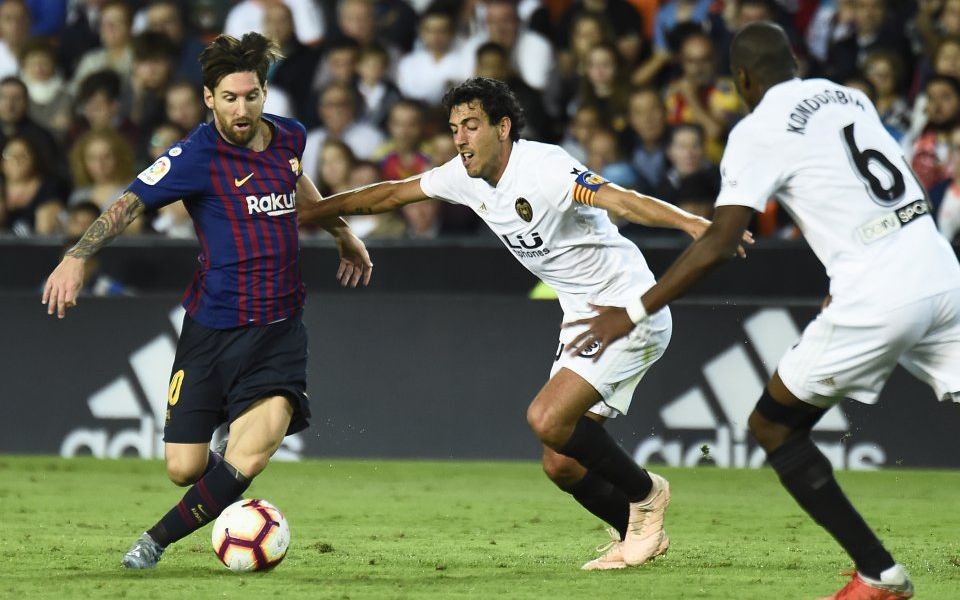 What are the legal restrictions that Eleven Sports has challenged?

Uefa regulations allow the member associations of football’s European governing body to designate a blackout period of two and a half hours each week to cover the peak time for games played in that country. During that blackout, no football, including football from other Uefa countries, can be broadcast.

Read more: What is the future of the 3pm kick-off and the TV blackout?

These blackouts are designed to protect attendances at live matches in the relevant country. However, only three Uefa member associations take advantage of this protection: the English FA, the Scottish FA and… the Montenegrin FA. The Football Association’s and the Scottish FA’s blackout period is from 2.45pm to 5.15pm on Saturdays.

On what grounds are they challenging these restrictions?

Eleven Sports hasn’t so much challenged the restrictions as ignored them – at least for two games.

Eleven owns the rights to transmit Italian (Serie A) and Spanish football (La Liga) in the UK, which it does by livestreaming over the internet. It was disappointed that it couldn’t livestream the first 15 minutes of Cristiano Ronaldo’s debut game for Juventus in August, which kicked off at 5pm UK time, so it simply ignored the FA’s blackout on Saturday 29 September and livestreamed the whole of the Barcelona v Athletic Bilbao game, which kicked off at 3.15pm, to the UK. It breached the blackout again last Saturday.

How could this play out?

If either the FA or the Scottish FA want to stop further breaches of its blackout by Eleven Sports or other broadcasters, they could complain to Uefa about Eleven Sports. However, as Eleven Sports isn’t a football association itself, Uefa can only take action against the Spanish FA for “allowing” a Spanish game to be livestreamed in the UK in breach of Uefa regulations.

Eleven Sports’ contract to livestream La Liga games in the UK probably stated that it must observe the UK blackout, and so ultimately La Liga would have to enforce the terms of that contract against Eleven Sports to stop it breaching the UK blackout again.

Yet, given how lucrative that contract is for La Liga, it might be reluctant to do so, particularly as it didn’t suffer the “damage” caused by the Barcelona game being livestreamed in the UK. However, Uefa has the power to impose penalties on the Spanish FA if it doesn’t prevent further breaches of the UK blackout by Spanish games.

What are the possible wider repercussions?

It will be interesting to see whether the FA or Scottish FA complains to Uefa and, if so, whether the Spanish FA enforces the UK blackout against Eleven Sports.

If the Spanish FA or Uefa does enforce the blackout, Eleven might argue that the blackout is unnecessary and anti-competitive, particularly as it is only operated in one EU member state, and so is unenforceable. If the blackout is not enforced or is successfully challenged, it is likely that companies having rights to show overseas games in the UK would all start to show them on Saturday afternoons.

Once that happens, then the UK blackout would probably end as it could not be enforced selectively against some broadcasters but not others. That would mean that domestic matches could also be broadcast in the UK on Saturday afternoons – ending the status of Saturday afternoons as a “haven” from televised football. With the potential for TV schedules to become awash with live football, the impact on attendances at live games would remain to be seen.

Satish Khandke is a partner in the sports team at Charles Russell Speechlys.