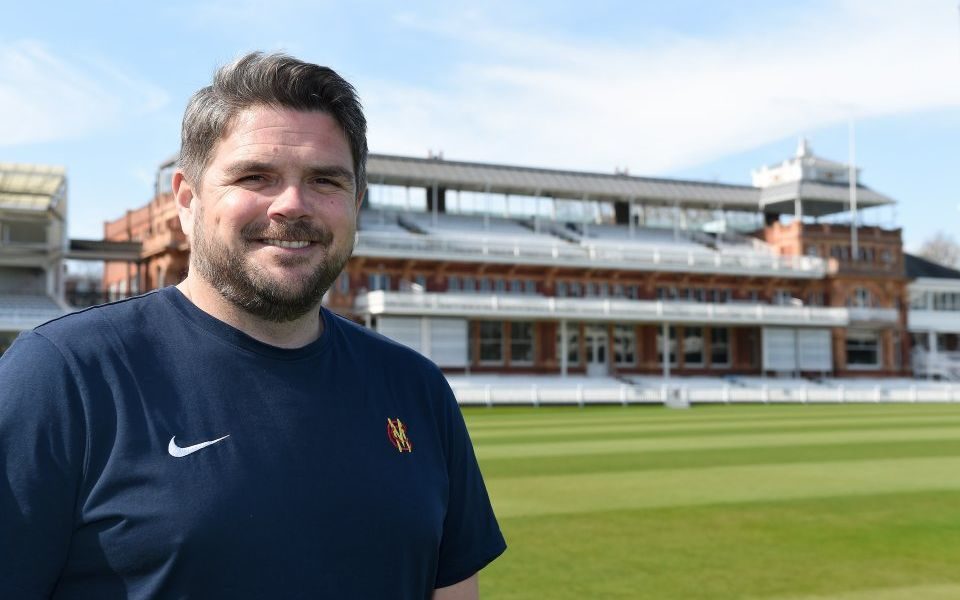 When the Cricket World Cup final rolls around at the height of this summer the two teams and their fans won’t be the only nervous people inside Lord’s.

Cricket, more than any other sport, is shaped by the surface it’s played on, and the man tasked with delivering the perfect one for its biggest occasion is Karl McDermott.

The pressure of producing 22 yards which offers the array of desired factors like pace, bounce and spin – but not too much – is a huge responsibility and McDermott admits that, for the first few balls at least, he will be biting his nails along with those in the stands.

“Normal county cricket? I have no problem,” he says. “International matches, because of what’s on the game, you have more nerves and butterflies in the stomach beforehand.

“In international cricket you worry a little bit, but as long as you trust the work you’ve put into it then you’re comfortable enough.”

Added to the pressure of producing the key component for a grand sporting occasion millions of eyes will be trained upon is who previously filled the job.

McDermott has taken over responsibility for the most famous cricket ground in the world from Mick Hunt, who retired as head groundsman in December after 49 years of mowing, watering and tending the hallowed turf.

Like a manager joining a prestigious club after a predecessor’s long and fruitful reign, the 43-year-old, who previously worked for Worcestershire and Hampshire, is more than aware of Hunt’s legacy.

“They’re certainly big shoes to fill,” he says. “There will be a bit of pressure that comes with that, or comparisons. There’s no doubt that he’ll go down as one of the best cricket groundsmen in history, so to follow that and have his support when I first came in was brilliant – it meant a lot to me.

“It’s exciting, I wouldn’t say daunting. I’m really looking forward to it. If I was daunted I wouldn’t have taken the post. I’m not one who loses sleep over cricket and that means I’m quite comfortable with where I am and what I’m doing.”

The fact McDermott is at home on a cricket pitch would come as a surprise to his teenage self, who had no background in the sport and had not even set foot in his local club, despite it being around the corner from where he grew up in Dublin.

McDermott owes his career to an unlikely source: his maths teacher at Mount Temple Comprehensive, who just so happened to be the groundsman at Clontarf Cricket Club.

“I didn’t play cricket and knew nothing about it,” he explains. “I was 14 and he was looking for a non-cricketer to give him a hand out during the summer. That’s how I got into it – a couple of hours per week for five Irish pounds – and I was the one who kept it up and it escalated from there, summer after summer after summer.”

McDermott starts at Lord's ahead of a busy summer of cricket (Source: Getty)

Fast-forward to the present day – past Clontarf CC, three years of studying sports management and being on the ground staff at Worcestershire and Hampshire – and McDermott is living in the groundsman’s house behind the nursery ground at Lord’s.

“In essence it’s unbelievable from where I was to where I am now,” he says. “It’s fair to say it is the dream job.”

Although he’s benefited from a month of Hunt sharing his wisdom, there’s been little time for McDermott to ease himself into the role, with a bumper cricket season fast approaching.

Spring may have only just sprung, but the County Championship season starts on 11 April, with Middlesex hosting Lancashire, before the One-Day Cup begins the following month. With MCC fixtures and other assorted games which help make Lord’s the home of cricket to also fit in before the international fixtures, it’s a relentless schedule.

“In terms of days of cricket it’s not that dissimilar to Hampshire really, but the big games are bigger and the small games are smaller,” McDermott explains. “It’s about managing that package.”

Games certainly don’t come much bigger than five World Cup matches, including the final, and the second Ashes Test against Australia. But it’s England’s first ever Test match against Ireland in July which McDermott is most looking forward to.

“The World Cup and the Ashes are brilliant, but how many times are Ireland going to play here again, really? It’s going to be a brilliant experience,” he says.

Lord's will host the Cricket World Cup final, as well as an Ashes Test this summer (Source: Getty)

“I’ve got a lot of friends coming over and I get a lot of texts saying things like: ‘The masterplan is in place’. I just hope we get past day two, with the way we’re playing at the moment.

“I’d take a good pitch [over an Ireland win] because irrespective of the result of the game, the pitch is the main focus of the game for me, although of course I’d take a high-scoring Ireland win.”

With its famous slope, lush outfield, distinctive press box and members stand, Lord’s is a unique place to work and McDermott is hoping to use all he’s learned to produce a pitch which will embellish the surroundings and offer exciting cricket.

While at Hampshire the Irishman won the award for best one-day pitch from the England and Wales Cricket Board last year and he is keen to stick to his guns in his new role. There will be no influence from Middlesex or England administrators when it comes to his pride and joy.

“Like everybody, I want a bit of pace, a bit of bounce, bit of spin at the end,” McDermott says. “Speaking to a few ex-players they say the ball doesn’t seem to spin here much so they’re excited that might begin to happen.

“The way I prepare one-day and four-day pitches is very similar. I want to see the pitches naturally evolve, that’s my philosophy.”

If the weather keeps its end of the deal and McDermott’s pitches turn out as hoped, players should have the perfect platform on which to entertain this summer.