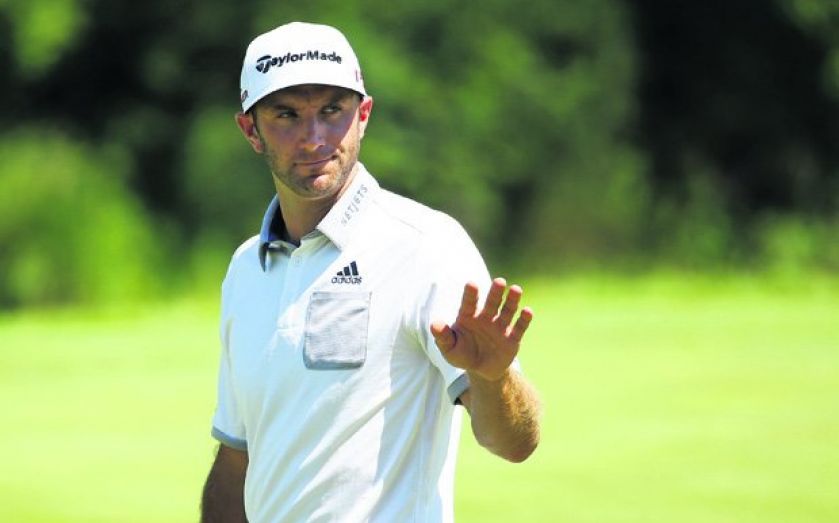 Major-chasing Dustin Johnson insisted he will not be weighed down by past near-misses after setting the pace during the opening round of the PGA Championship at Whistling Straits yesterday.

Johnson, who was given a two-stroke penalty with victory in his sights at the same course in 2010, carded a six-under-par round of 66 to top the leaderboard, one shot clear of Sweden’s David Lingmerth.

The first instalment of the much-anticipated duel between fit-again world No1 Rory McIlroy and Jordan Spieth, who is chasing a third win at a Major this year, ended with both on one under par.

“At the end of the day it’s just a game and when you try to do something special and be really good at something you’re going to have faults and fall,” said Johnson, who finished tied for second at the US Open in June.

“You have to just take something positive out of it and move forward. I’m doing something right. Sunday is the day you base your week on. I’ve played very well on Sunday’s in major championships so I can get it done. My time will come.”

Lingmerth is leading the charge to prevent the United States securing a clean sweep of all four Majors this calendar year, while the likes of Matt Kuchar, JB Holmes and Australia’s Jason Day all finished on four under.

England’s Justin Rose was two over par after four holes but produced five birdies on the next 11 to shoot a three-under 69, a score matched by fellow countryman James Morrison, with Paul Casey a further shot behind.

“It’s the perfect start,” said Rose. “When you go and shoot seven, eight, or nine under in a Major in the first round, it’s a lot of pressure to absorb for the rest of the week, because you’re in contention.

“It’s a platform on which I can build now for the rest of the week. You can never win it on Thursday, you can only lose it.”

Running the risk of falling into that category once again is former world No1 and 14-time Major winner Tiger Woods, who faces a battle to make the cut after an opening round of 75 which left him three over par.

“Probably one of the worst putting rounds I’ve had in a very long time,” said Woods. “I just had no feel at all the speed on the greens. It was awful.”