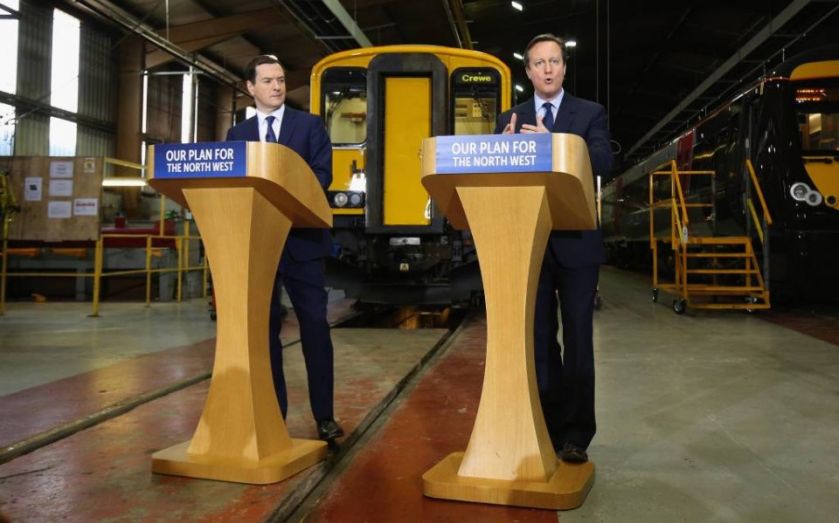 George Osborne's management of the economy has been credited with winning the Conservatives the election. Despite repeated criticism and warnings of the dire economic consequences of his austerity policies from adversaries, he continued on. The Labour leadership majored on this theme in the first few years in opposition.
In the early days of the Coalition government, when the economy was performing poorly, the chancellor (naturally) blamed a string of poor figures on the last Labour government's profligacy. Gordon Brown ran up debts in the good times – when there was absolutely no need.
So, the recent performance of the UK economy – and, indeed, the election result – is a vindication for austerity and Osbornomics, right? Not quite, in my view.
What was ignored throughout the recent electoral campaign was the role quantitative easing (QE)  played in artificially buoying the economy. In fact, QE continues to go ignored. Yet, it has pumped up asset prices across the board, and has created new synthetic market highs.
On top of that, QE is likely to be very difficult (if not impossible) to wean this country – and the rest of the world – off.
We’ve recently heard the European economy has returned to growth, and there has been much confident backslapping all around. What's changed in Europe? The ECB’s just started a new money-printing programme, of course.
Despite all this, Harvard history professor Niall Ferguson continues to argue Labour should blame Keynes and his economics for their election defeat. He did so prominently in the Financial Times this week.
Of course, he’s right that, as Labour discovered to their cost, it’s clearly counterintuitive that counter cyclical reductions in spending at a time of substandard economic growth should lead to improved economic growth.
But he ignored the impact of near-zero interest rates and most importantly, massive amounts of QE, without which the economic performance under the Conservatives would have been vastly different – as might the election result.
This begs the question why QE did not get more attention pre-election, both politically and in the financial press? It would appear to be politically astute for the Conservatives to take the credit for the recovery, whatever occasioned it. But why did the opposition not make more of it? Was it simply economic naivety – or might we have seen more QE after a Labour victory?