The ECB has been keeping zombie banks alive 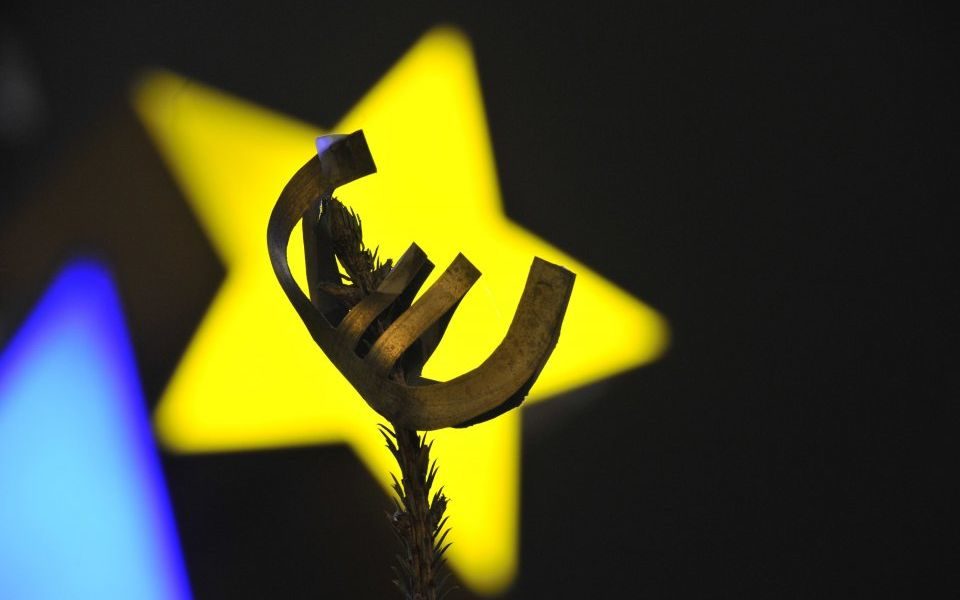 A decade after the outbreak of the global financial crisis, banks in the euro area have still not recovered.

The varying fates of financial institutions is due to the different monetary and regulatory crisis therapies of the European Central Bank (ECB) and the Federal Reserve.

The Fed lowered its key interest rate faster than the ECB (the Fed’s rate reached zero in 2009) and expanded its balance sheet more quickly via quantitative easing.

In contrast, the ECB was more hesitant to lower key interest rates. Zero was only reached in 2015. Large-scale, outright purchases of assets only began in March 2015, after the first expansion of the ECB balance sheet had gradually expired.

Of the ECB’s latest €2.6bn asset purchases, about 80 per cent were government bonds. This makes the ECB’s quantitative easing look more like a rescue programme for ailing governments rather than for banks, which were left alone with their bad assets.

The quantitative easing programmes led the commercial banks to maintain huge reserves at the Fed and the ECB. The Fed has been remunerating these reserves since 2008, with the interest rate climbing to 2.4 per cent.

The ECB, meanwhile, has since 2014 maintained negative interest rates on commercial bank deposits, currently minus 0.4 per cent.

Thus, the Fed has transferred $95bn dollars to US banks, while German banks, for instance, have paid €20bn to the ECB.

The Fed has been slowly raising key rates since 2015 and cautiously reducing the volume of its balance sheet since 2016. This has restored the interest rate margins (lending minus deposit rates) of the US banks, which are reporting recovering net interest incomes.

In comparison, the ECB has sent no signals of an exit from ultra-loose monetary policy, with interest margins of euro area banks further falling. Net interest earnings of German banks shrank from €66bn in 2008 to €28bn in 2018.

The Basel III regulations increased capital requirements in the US and Europe. In the US, the Dodd-Frank Act tightened regulatory requirements and restricted lucrative proprietary trading. Stiff financial supervisors have closed down 541 insolvent financial institutions since 2008.

Recently, however, the reporting requirements for almost all but the largest US financial institutions were relaxed. Proprietary trading remains indirectly possible for large institutions via market making.

The ECB has been monitoring the 130 largest Eurozone financial institutions since 2014, which have to build up a bank rescue fund with €60bn until 2023.

Tight restrictions on proprietary trading have led to a considerable decline in securities holdings. Frequent stress tests by the ECB are a burden on euro area banks, but they have done little to identify risks, for instance at Dexia, BBVA/Garanti, Carige, and Banca Monte dei Paschi.

Fragile euro area institutions survive because they are kept afloat with national tax injections or via an opaque network of EU and ECB rescue tools. The ECB’s TARGET2 payment system has turned out to be a quasi-unconditional, zero-interest credit system.

Around €1 trillion was handed out via TARGET2 to ailing southern euro area banks, with eased collateral requirements.

As a result, bank failures have remained rare, while southern euro area banks in particular report large amounts of bad loans (equivalent to between €650bn and €1000bn for the whole Eurozone).

The unresolved financial and government debt crises, the extended low interest rate policy of the ECB, and EU pressure towards fiscal austerity have all contributed to the huge capital outflows from the euro area (around €2 trillion since 2012), which has further destabilised Eurozone banks and enterprises.

In contrast, the rising interest rates and the successful financial stabilisation of the Fed helped to attract large shares of these capital flows to the US, which has strengthened US growth and credit portfolios.

The upshot is that, in the southern euro area, funding by the ECB is keeping a growing number of zombie banks and enterprises afloat.

A substantial part of this burden has spilled over to the northern euro area. As a consequence, many Eurozone banks are unprepared for the upcoming crisis.

It is no wonder that euro area governments are becoming increasingly nervous, planning mergers and capital injections.