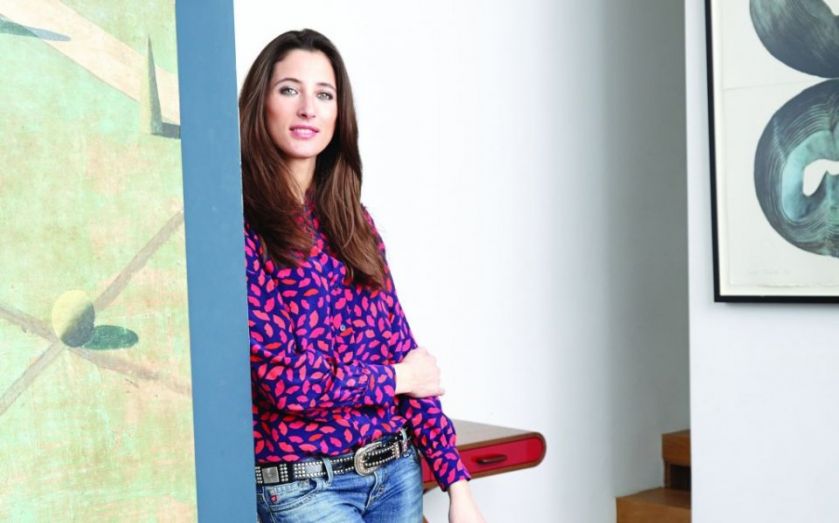 When Chloe Macintosh sat down with a friend of a friend, she didn’t expect to get a job out of it – or to go on to become the co-founder of e-commerce furniture company Made.com. But Brent Hoberman, co-founder of Lastminute.com and mydeco.com, isn’t any old coffee meet-up – and there’s nothing ordinary or unremarkable about Macintosh.
Six years earlier, aged 26, she’d been made the youngest associate at Foster and Partners. She bagged a job there while still studying architecture, and the decision to dive into a different industry wasn’t one she made lightly. “I was two months pregnant at the time but hadn’t told anybody. To my surprise, he said ‘that’s fine; come anyway’. I felt that, particularly with him taking that chance on me, it was the right thing to do.”
That was eight years ago. The complete career shift means that Macintosh is a fierce proponent of new horizons: “you don’t have to do the same thing your whole life. Changing careers is a very positive move.” And she embraced a particularly tough challenge: moving into the tech industry with no knowledge or experience. But as someone who seemingly always looks on the bright side of life, she didn’t let this stand in her way: “the tech industry is a very agile one. Succeeding is not all about prior skill, it’s about taking the opportunities.” Besides, she says, she’s now been “stung by the internet bug”.

Macintosh's son and friends and the new Kids Collection. In five years Made has never used a marketer

In 2010, after three years working with Hoberman to set up e-commerce design firm mydeco.com, Macintosh joined him in becoming one of the four co-founders of Made. In China, fellow co-founder Ning Li had first conceived of the idea of an online platform that would give customers access to designer furniture, streamlining the supply chain and therefore reducing cost. But it didn’t take long for Hoberman to convince him to move himself and the model to London.
The four-strong team (the fourth co-founder is chief operating officer Julien Callende) spent six months planning, before launching in the UK. Made now operates in the Netherlands, Italy and France – as well as in China and Britain. Working direct with factories means that prices are up to 70 per cent lower than on the high street. Currently going through a funding round, the business has seen 50 per cent growth year-on-year. “Everyone within the industry said it wouldn’t work… but when an industry says something is impossible, that’s when you know the opportunity is there. And that opportunity wasn’t just to do direct from customers to factory, but to really utilise the online community to make interesting, original products,” says Macintosh.
Now, Made’s prolific competitions and democratised furniture creation (where customers vote for favourite pieces to be made en masse) embody this. And if you walk into one of its four showrooms (three in London, one in Yorkshire), you’ll have a very pleasant and novel shopping experience: items can be tried for size, scanned using a smartphone and read about at leisure. “It’s not a hard sell – we’ve had a lady come in and do her knitting, and I’m pretty sure we’ve been used as a creche,” laughs Macintosh.

This blur between life and art extends into Made’s understanding of its customers. A large chunk of its market are young professionals with “healthy salaries, who don’t have a big mortgage and are willing to spend quite a bit”. They understand travel and lifestyle and, with the flexibility to buy on impulse, they don’t always choose pieces for the long term.
Products that maximise space and are efficient in terms of use are unsurprising favourites. Big corner units that you can work, eat and watch TV on are hugely popular, says Macintosh. For slightly older buyers (aged 38-45), extendable dining tables go down particularly well: “they still want practical, beautiful pieces that will give them a flexible set up”.
The move away from integrated ceiling lights is another interesting phenomenon: “more people are taking the approach that a light can change space, mood and can personalise – without spending too much. We’ve seen sales grow exponentially”.

A HOME FOR SOLIDARITY

As Made has grown, it has employed a unique strategy, says Macintosh. “People have a bad habit. When they expand internationally, they focus on the differences in each country. We focus on what’s similar. I really believe that women around the world are like me. They have the same habits, the same inspirations and the same desires”.
So far from there being country-specific collections at Made, it’s currently growing an increasingly active and interactive group of cross-border customers. Its CloudTags enable visitors to its showrooms to create digital collections that the Made team can follow up on. And its Unboxed facility – a virtual, social showroom – allows people to connect with existing customers in their area, take a virtual tour of their home and even meet face-to-face to view products. Being able to see how customers, often working with very small spaces, make their homes so beautiful and well-functioning is “really moving”, says Macintosh – “the talent is all theirs; we just facilitate it”.
And making those around her the best they can be appears to be another thing at which Macintosh excels. “I like to take on ‘bouncers’”, she says – people you can throw in the deep end but who will come up with new ideas and have a drive to learn. A New Entrepreneur’s Foundation mentor (one of several programmes she’s part of), her mentee Amelia Boadle is now product data analyst and project manager at Made, and has become “essential” to Macintosh and the firm. The latter’s drive to encourage others goes back to Hoberman’s care for her over the years – “I can never thank him enough”.
Moving on from Made “to a completely different industry” doesn’t intimidate Macintosh in the slightest – although she’s not planning to go anywhere just yet. “I like to live on the edge of a cliff. And what really excites me about being in London is the open door to risk-taking. It’s a brilliant environment to be in. The last thing I want is to be complacent about my knowledge.”

Company name: Made.com
Founded: 2010
Turnover: £43m in 2015
Number of staff: 160
Age: 40
Born: Paris
Lives: London, Fulham
Studied: Architecture at Ecole des Beaux-Arts, Paris
Drinking: Passion fruit martini or coco water
Eating: Burger & Lobster rolls, and I have an obsession for anything with octopus
Currently reading: Top of the pile are: Heureux les heureux, by Yasmina Reza and Thrive, by Arianna Huffington
Favourite Business Book: The Hard Thing About Hard Things, by Ben Horowitz – because we need to celebrate failure as well as success!
Heroes: Antigone, Coco Chanel, Grayson Perry (I would happily be left on a desert island with him)
First ambition: Surgeon. But 10 years seemed like a long time, so I went for seven and became an architect
Motto:  “Creativity is intelligence having fun”, Albert Einstein
Awards: Red Woman of the Year 2014, my two boys and the house I built for my family