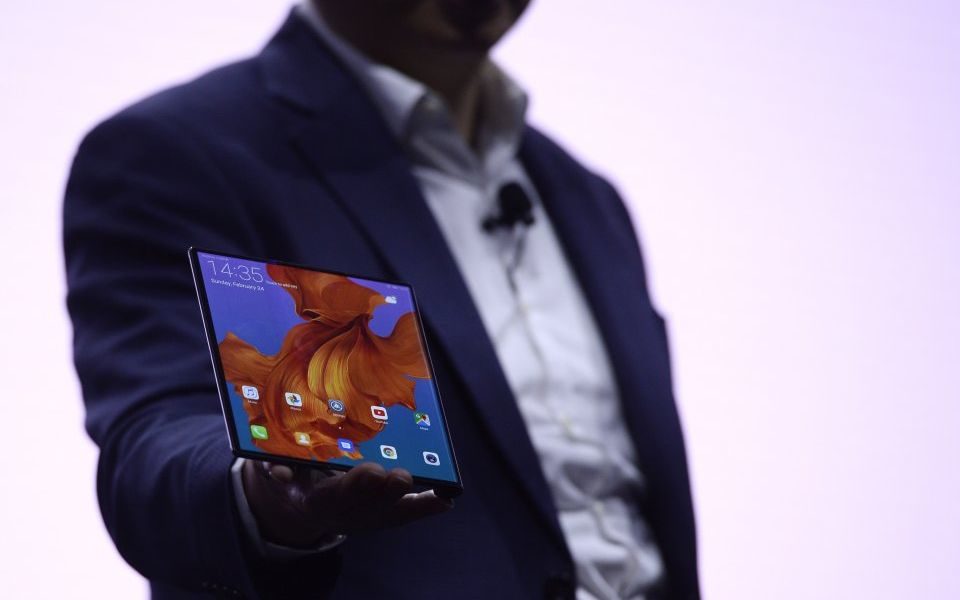 Huawei has stepped up to the plate with a foldable smartphone that is bigger, thinner, and faster than Samsung's model launched earlier this week.

The Huawei Mate X features screens on both the front and the rear of the phone that fold outwards to form one larger, eight-inch OLED display.  The front and back screens on the Mate X measure at 6.6 inches and 6.38 inches respectively, and will also support side-by-side viewing when unfolded.

Yu also criticised how other foldable phones used notches or hole-punch displays to incorporate a front-facing camera, with the Mate X's screen covering the entire device virtually interrupted. Instead the camera is built into a side-bar which sits on the back of the phone when unfolded, which also stores its 5G antenna and power jack.

After audible gasps rippled through the audience at MWC, Yu said he recognised the price is "very expensive" and that Huawei was working on bringing it down in future.

The Mate X's hinge is patented with over 100 components, which Yu said Huawei's engineers had been working on for three years.

The phone will be powered by a Balong 5000 5G modem, which can also support older generations. Huawei claimed the Mate X is the world's fastest 5G foldable phone, with the ability to download a 1GB movie in just three seconds.

The news follows a launch by Chinese rival Xiaomi earlier today, unveiling its Mi Mix 3 5G with a sliding camera to similarly avoid having to include a notch on the screen.

Huawei also revealed two new sizes for its Matebook laptop and an update to the Matebook X Pro, making the computer thinner, faster and more compatible with its line of smartphones.

Forrester analyst Thomas Husson said the new device had "nothing to envy" of Samsung’s Fold.

Argos' head of technology Phil Elford added that as one of its best-selling phone brands, the retailer expects customers to "embrace the great price as well as the breakthrough innovation this new model provides".

EE said it would be supporting the launch of the Mate X in the UK later this year, with 16 UK cities scheduled for 5G trials.