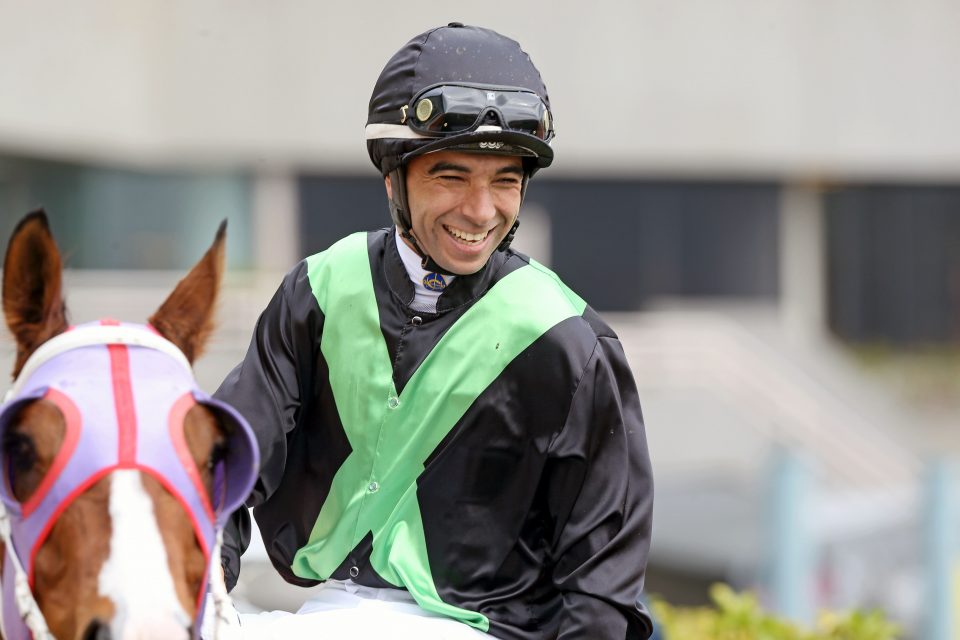 WHEN Joao Moreira arrives at Happy Valley today, he will surely know this could prove a pivotal week in his efforts to wrest the jockeys’ title back from arch-rival Zac Purton.

With a full-book of rides on the nine-race card, he has to cut into the four-winner deficit he currently trails the Australian by, especially as the inner-city track can be considered Purton’s home soil – having ridden 19 more winners than Moreira there this season.

The trouble is the ‘Magic Man’ doesn’t seem to be riding with huge confidence at present and it’s debatable whether he has been riding at his best in recent weeks.

A record of five wins from his last 60 rides, the majority of them being favourites, bears testament to this fact.

The Brazilian, is, of course, one of the best pilots in the world and the wheel of fortune can change in the blink of an eye.

With just seven meetings left of the Hong Kong season, one of which Moreira will miss through suspension, he will need to get back to his best if he is to mount his charge for the championship.

It looks a cast iron certainty that many of his rides will be near or at the head of the market, and the progressive last-start winner Sky Darci is likely to be the shortest-priced favourite of the afternoon in the Mount Gough Handicap (2.15pm) over six furlongs.

Moreira could have already got on the scoresheet earlier in the day after partnering John Size’s promising Sell My Sole in the opening Violet Hill Handicap (Div I – 11.45am).

This highly rated son of Jimmy Choux ran out of petrol in the closing stages on his debut behind subsequent winner Yee Cheong Pegasus at Sha Tin last month, but looks sure to improve.

Another likely winner for the three-time champion could be This Is Charisma, who looks ready to win following a good effort behind Top Military in a fast-run contest earlier this month.

Moreira’s most attractive ride of the day could be WINNING METHOD who lines-up in the highly-competitive Magazine Gap Handicap (3.50pm).

Danny Shum’s three-year-old got too far back from an outside draw last month, but flew home behind Shining Ace.

He should benefit from the expected fast early speed and looks sure to go close.