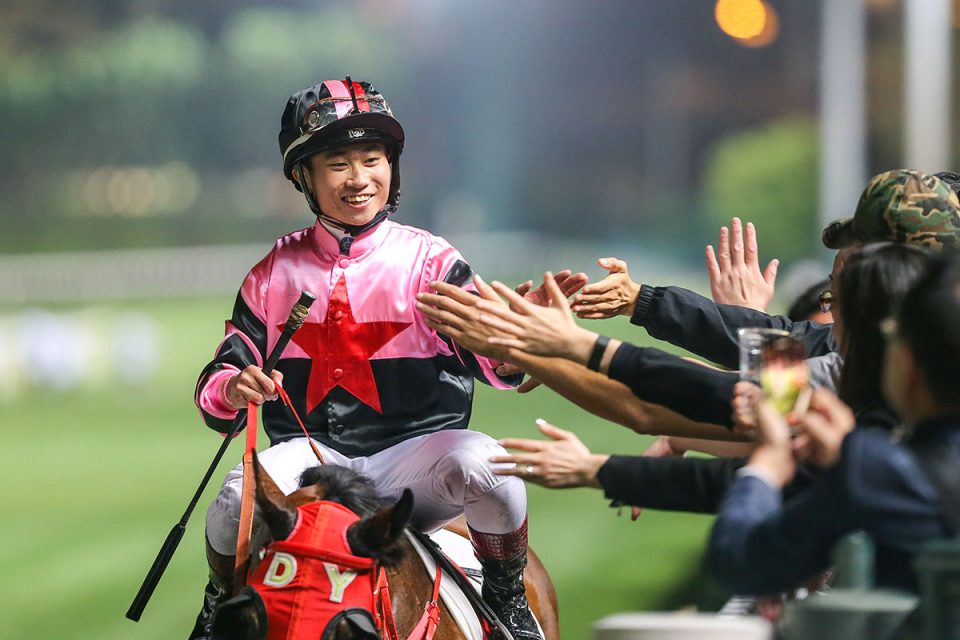 CLAIMER Dylan Mo finally gets a good opportunity to ride an overdue winner when he partners MAGNIFICENT in the feature race of the day, the Class 1 Shan Kwong Handicap (11.45am), over the extended mile, at Happy Valley on Wednesday.

It’s been a long time between drinks for the local 26-year-old, who hasn’t visited the winners’ circle since Christmas, but has partnered mostly no-hopers over the past couple of months.

With trainers clamouring for the services of present pin-up claimer Jerry Chau, it’s been tough going for other apprentices in the territory, but past records show Mo, who has ridden 89 winners in the past four seasons, is more than capable of holding his own, especially with his valuable three-pound claiming allowance.

Mo is reunited with his favourite galloper, having partnered the six-year-old for two wins and five seconds in the past, and who has been allocated the prime rails draw, which will allow him to dictate the pace from his favoured front-running role.

Remember, racing takes place on the dreaded C+3 track, where horses drawn low and up with early pace from the off have a decided advantage over their rivals drawn wide.

Past form shows he is well-handicapped against the likes of Solar Wai Wai, Sunshine Warrior and The Rock, and provided Mo gets his fractions right from the front, he will be difficult to pass once into the short home straight.