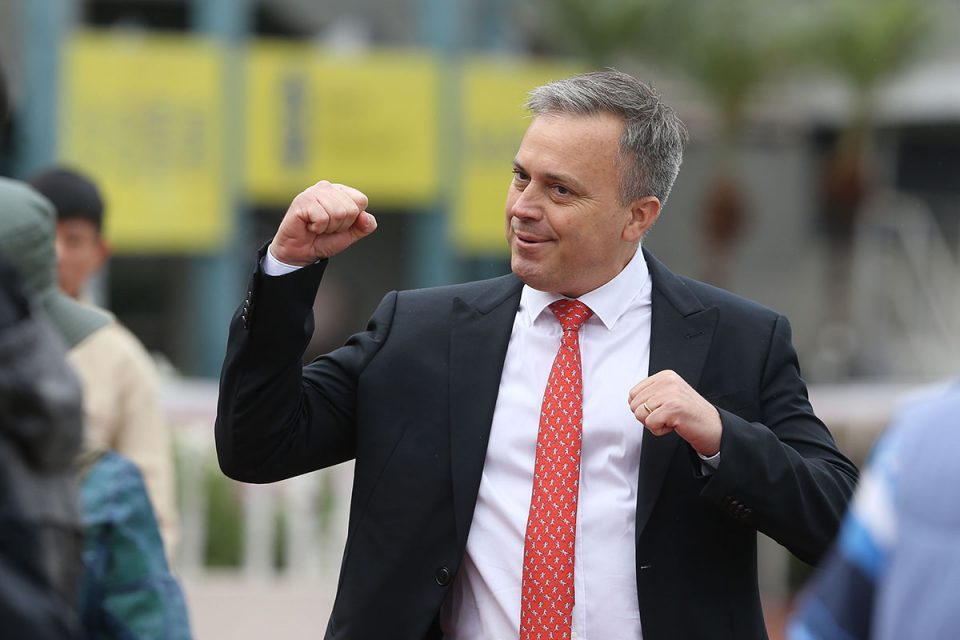 HAVING been surpassed by John Size in the trainers’ championship race at Sha Tin on Sunday, expect Caspar Fownes to come back with all guns blazing in his attempt to wrest back the lead at Happy Valley on Wednesday.

Fownes, with over 500 career winners at the city-track, saddles eight runners, including some of the stable’s heavy artillery, and is going to be disappointed if he is not at the top of the table by the end of racing.

With the likes of last start winner, The Rock in the Shan Kwong Handicap (11.45am), the well-drawn Sky Field in the Blue Pool Handicap (1.15pm) and highly-progressive Kurpany in the Sing Woo Handicap (2.20pm), hopes must be high of adding to the stables already impressive 24 winners accumulated at the Valley this season.

One horse who has yet to get on the score sheet for the stable, though, is GREEN LUCK, who lines-up in the finale, the Tsui Man Handicap (2.55pm), over the extended mile.

This talented middle-distance galloper has been below-par since producing an encouraging performance when runner-up over the course and distance back in November.

Fownes subsequently sent the six-year-old over to the state-of-the-art training facilities in China, and recent track-work reports suggest he is now back to his best.

With his rating back to near his last winning mark, a low draw in his favour and Joao Moreira preferring him to John Size’s multiple-winner Incanto Prepared, the omens look good and can see Fownes produce another post-race trademark victory dance.