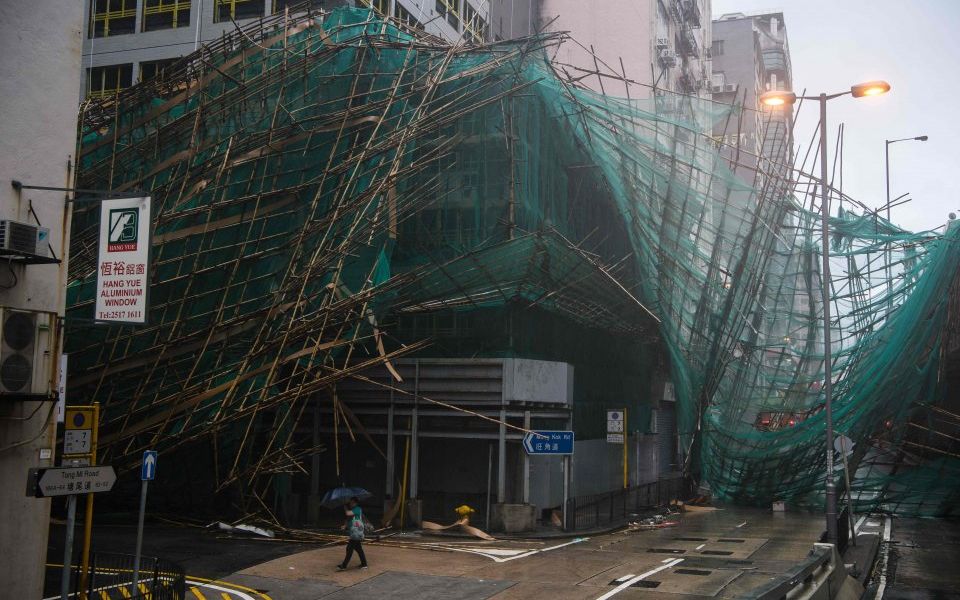 Hong Kong and China could be hit with economic losses of more than $120bn (£91bn) as Typhoon Mangkhut reached the mainland yesterday and devastated the region.

The super typhoon became the strongest storm of the year yesterday as its ripped through the Philippines, where 49 people were confirmed dead, and reached Hong Kong.

Skyscrapers swayed and cranes fell from the sky as winds of up to 138mph pounded the south China territory.

Disaster modellers Enki Research said the total damage could hit $120bn across Hong Kong and China if the typhoon stuck to its course.

The Hong Kong Observatory raised the storm signal to its highest level – signal 10 – yesterday morning as the entire city was shut down.

The level dropped to signal 3 last night as the storm began to move on after a 10-hour blitz.

On Saturday Macau's famous casinos were ordered to close for the first time in their history and more than 550 flights have been cancelled at airports in Hong Kong, Shenzhen and Guangzhou.

Trading on the Hong Kong Stock Exchange was due to open as normal this morning.

Disaster modelling company Enki Research said the typhoon could cause $120bn worth of damage to China and Hong Kong – with economic losses of around $25bn to the latter if the storm sticks to its course.

In the Philippines, economic losses could reach $20bn, the company said, more than 6 per cent of the country's GDP.

The typhoon was also expected to hit the Chinese province of Guangdong last night and move up through the country over the next two days.