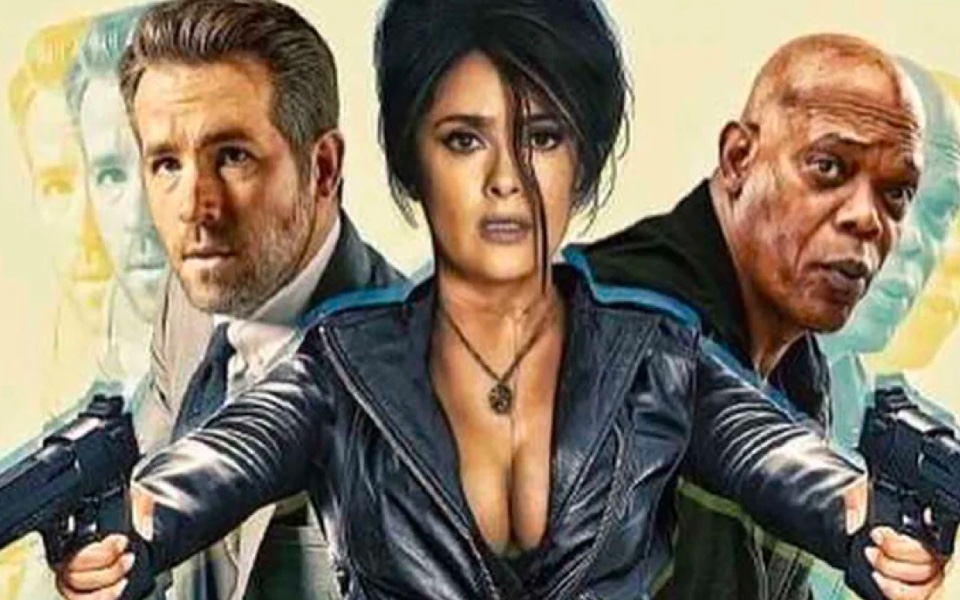 Some sequels are made as part of an ongoing story, answering questions that were left dangling or making the universe a little bigger. Others are solely made because the first film made more cash than expected. Hitman’s Bodyguard, a mid-budget comedy with Samuel L Jackson and Ryan Reynolds, surprised pretty much everybody by becoming a rare non-superhero related hit four years ago. That prompted a sequel with perhaps the most awkward title of the year.

Hitman’s Wife’s Bodyguard sees the return of Michael Bryce (Ryan Reynolds), who is accepting that his time as a bodyguard may be over. That resolution is shattered with the arrival of Sonia Kincaid (Salma Hayek), the wife of his old partner Darius (Samuel L Jackson), who has been kidnapped by terrorists. All three unwittingly become involved in an international mission to stop a powerful terrorist with plans to bring Europe to its knees.

This second film takes the big book of sequel tropes and copies it word for word. We have a new location, and a multitude of new characters that add up to very little. A drab script clings to a formula where a lot of things blow up while the confused stars scream at each other. The plot is convoluted from the beginning, meaning there’s no point where you feel invested, even if you think you know what’s going on. Even the brisk running time of around 100 minutes feels like a marathon under such conditions.

The cast try to entertain, but are left adrift by the sub-par material. Hayek is always fun but is mostly there to yell at her co-stars, while Jackson swears and Reynolds whimpers comedically. All three have been better elsewhere, as have the variety of memorable faces joining them. Antonio Banderas tries to convince us he’s a Greek shipping magnate without really changing anything about himself, while Morgan Freeman once again looks uninvested as Michael’s adoptive father (we’ll leave you to guess what the jokes are there).

The Hitman’s Wife’s Bodyguard is in cinemas now.