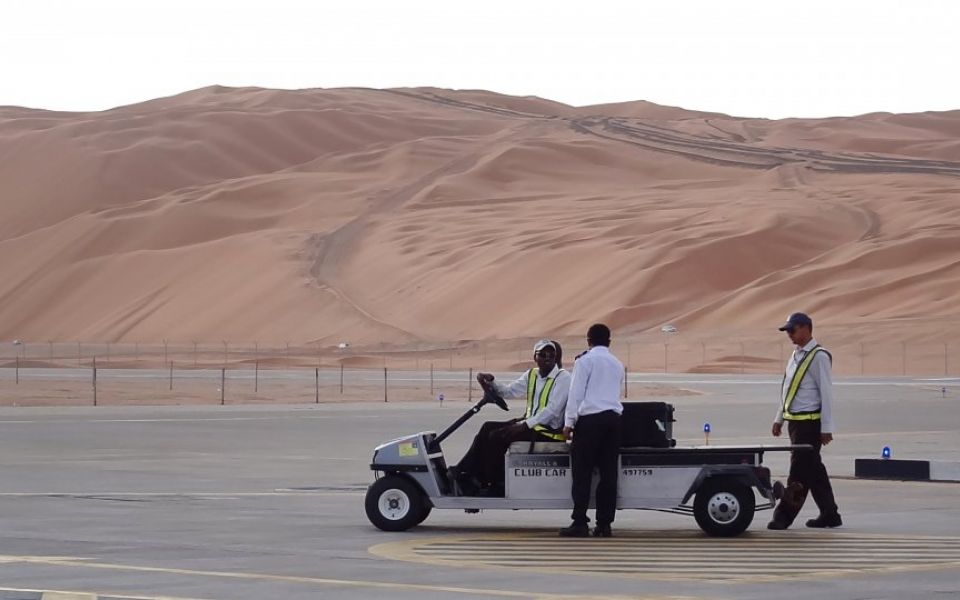 Will they? Won’t they?

I’m thinking about whether or not the Saudis will go ahead and float a sliver of their gigantic state oil company, Aramco, on the stock market.

Reuters said in August that King Salman had vetoed the idea. But in an interview with Bloomberg published last Friday, his son, Crown Prince Mohammed, insisted that the initial public offering will take place by early 2021.

The question is important, and not just to the cash-strapped Saudis, who need the $100bn the Prince hopes the IPO would bring.

It matters here because the London Stock Exchange wants to win the listing: in June, the Financial Conduct Authority controversially relaxed the rules that would have stopped it doing so.

But despite Prince Mohammed’s confidence, I wonder whether the Saudis are ready to give up part of their company. Having just finished Lords of the Desert, the brilliant new book by the historian James Barr about the post-war struggle between Britain and America to dominate the Middle East, I suspect that they might not be.

The book describes how, when the Saudis found themselves at the centre of this great power struggle in the 1940s and 50s, they exploited Anglo-American tensions to wring money from Aramco, which they used to consolidate their grip over their young state.

If you enjoy reading about international politics and espionage, you will love this book. And it explains a lot about the Saudi monarchy’s relationship with the company.

As Barr recounts, it was Saudi Arabia’s modern founder and Prince Mohammed’s grandfather, Ibn Saud, who granted the oil concession to Aramco, which was then a US-owned and domiciled company. When he faced a financial crisis in the early 1940s, he turned to the company to bail him out, hinting that he would take the concession and give it to the company’s British rivals if it refused.

The company rapidly coughed up, but the impact on the King’s finances was short-lived. To consolidate his grip over his country, Ibn Saud had married repeatedly. Through a policy of having four wives at a time, by 1950 he had sired a family that numbered well over a thousand and demanded ever growing sums of money.

At one point that year, having heard that the latest advance from Aramco had arrived, one of his sons sent a servant to the bank to ask when his master might collect his share. The cashiers were still counting the money.

To avert a crisis, the King turned to Aramco once more. Hinting yet again that he might turn over the concession to the British, he offered the company new terms, by which it would pay him half of its profit in tax.

The company willingly accepted, having realised that American tax law would allow it to set its new Saudi tax bill against what it owed the US Treasury.

Aramco’s position was supported by the US government, which wanted to support the Saudis but realised that a more overt aid package would not make it through Congress. The American taxpayer therefore unwittingly picked up the tab.

And the ease with which the Saudis could extract money from Aramco helps explain the state of the country’s rather hand-to-mouth finances.

The Saudis nationalised Aramco in the 1970s. And so today, fast-forwarding four decades, the mooted sale of a five per cent stake is a central element of Prince Mohammed’s concerted effort to portray himself as a moderniser.

On the surface, the assurances last Friday that the IPO will go ahead might not warrant much comment. But the historical insights from Lords of the Desert explain how Aramco announcements can serve a wider geopolitical purpose.

Last week, for example, the successful Saudi public relations campaign was threatened by the disappearance of a prominent journalist and well-known critic of the country while he was visiting the Saudi consulate in Istanbul last Tuesday. It is widely believed that he has been assassinated.

By rekindling speculation that the Aramco IPO will go ahead, Prince Mohammed has garnered another cycle of favourable headlines.

He has bought himself time and – some would say – ensured that western governments keen to win the listing think twice before commenting on the disappearance of dissident journalist.

Given the history that Lords of the Desert so grippingly recounts, I wonder whether the Saudis could ever accept the loss of control that an IPO would inevitably entail, and whether they are really willing to expose the company’s finances to the scrutiny of investors.

Sunlight is often described as the best disinfectant – making solar power not the only luminary threat to the oil-reliant regime.