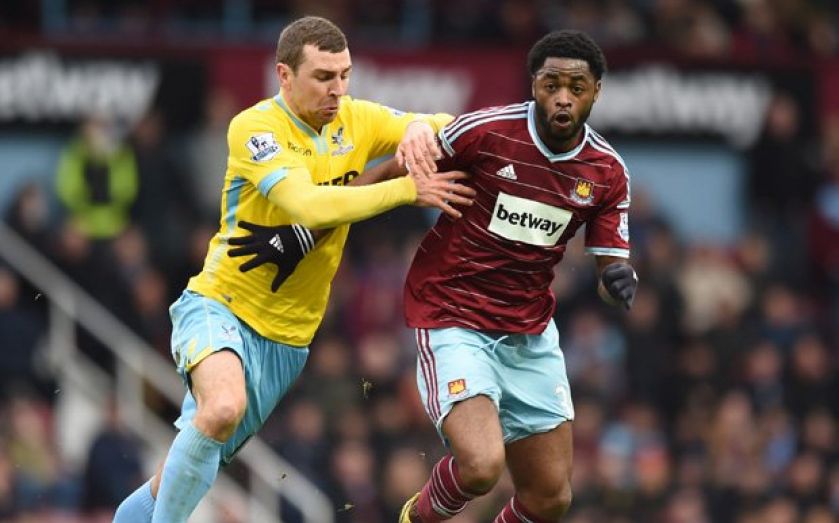 West Ham co-owner David Sullivan admits that re-signing Alex Song represents a gamble after confirming a deal is in place for the Barcelona midfielder, subject to him passing a medical. The Hammers have thrashed out a permanent three-year contract for the Cameroon international, who spent last season on loan at Upton Park. Song, who joined Barcelona from Arsenal for £15m in August 2012, underwent ankle surgery in the summer, a factor that Sullivan concedes makes the club’s investment a potentially risky one. “We have a deal in place with Alex Song, subject to a medical. If the medical is okay, we’ll take him,” said Sullivan. “He couldn’t pass a medical tomorrow, but if the medics say it’s just a technical thing and he’s only a couple of weeks away, you’d take that gamble. “He’s still got two years left on his Barcelona contract and you’re signing a player on a three-year contract, so it’s a huge commitment. He’s a big earner. “He’s injured at the moment, which is something you’ve got to weigh up. But we’ve got until 1 September to make a decision.” Midfielder Diego Poyet, meanwhile, has joined Championship side MK Dons on a season-long loan after making just three Premier League appearances for West Ham last term. Newcastle have splashed out £12m on Marseille winger Florian Thauvin, who has penned a five-year deal, while midfielder Remy Cabella will move in the opposite direction on a season-long loan. Fellow Premier League side Leicester have also bolstered their ranks with the capture of Switzerland’s Gokhan Inler from Napoli for an undisclosed fee.