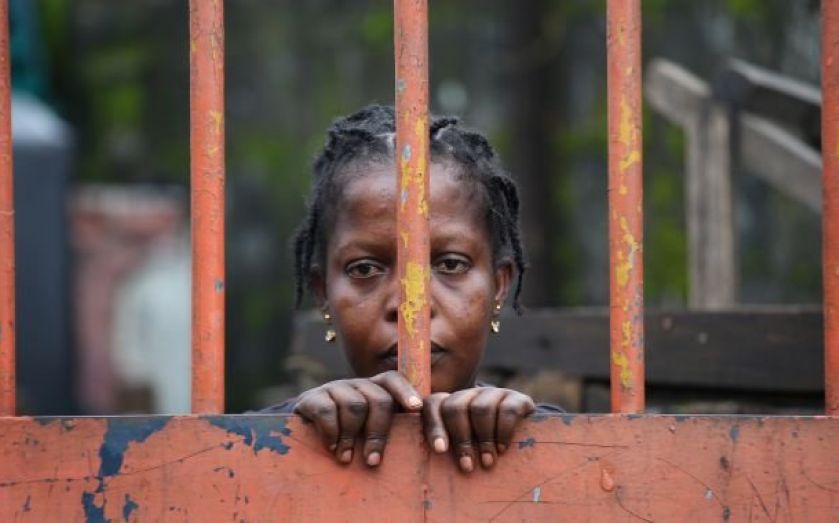 Ebola is having a “substantial” impact on Liberia's employment, with nearly half of those who were working when the disease first surfaced jobless by the start of November 2014.
A new report by the World Bank Group, in partnership with the Liberian Institute of Statistics and Geo-Information Services and the Gallup Organization and conducted via mobile phone, found that even those working in counties relatively unaffected were choosing to stay at home instead.
In total, 46 per cent of those who were working in the summer are now
Self-employed and wage workers have been hardest hit, but across the country there are reports of people not being able to afford food.
More than 70 per cent said they did not have enough money to eat, whatever the price, while more than 90 per cent said they were worried that their household would not have enough to eat.
Although the arrival of the harvest means the number of people in work is expected to rise, the World Bank said food insecurity was worsening because of a combination of “rising rice prices, falling incomes and transport restrictions”.
Liberia, which was tipped by the Africa Development Bank to grow GDP by 6.8 per cent this year and 8.2 per cent last year, has been one of the countries worst affected by Ebola, with around 2,500 people dying of the disease and nearly 7,000 cases.
Many of the cases have occurred in the poorest and most densely populated areas of the capital city, Monrovia, but all counties have now been affected.
Ana Revenga, senior director of the poverty global practice at the World Bank Group, said: “Even those living in the most remote communities in Liberia, where Ebola has not been detected, are suffering the economic side effects of this terrible disease.
“Relief efforts must focus not only on those directly affected by the virus, but also on those in the poorest communities for whom market access, mobility, and food security continue to get worse.”
Kristen Himelein, senior economist at the World Bank Group and author report, added: “With the lifting of the state of emergency, we hope that the worst of the crisis has passed, and that we will see positive changes in the December round
The World Bank Group has previously published analysis showing that the two-year regional financial impact could reach $32.6 billion by the end of 2015. However it has now downgraded this to $3bn-$4bn, with chief Africa economist Francisco Ferreira saying there had been “success of containment in some countries”.