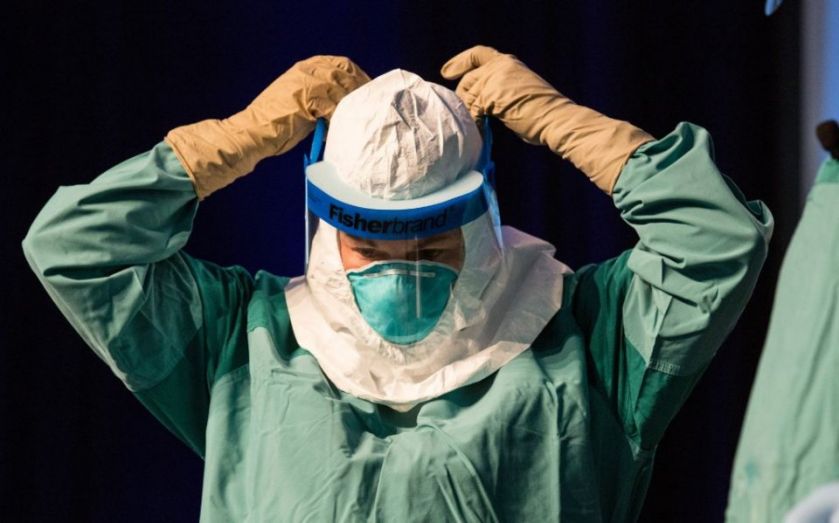 Design volunteers at Google have helped to develop a way for Ebola health workers to record patient information on tablets without spreading the deadly virus.

Concerned that the workers could not input vital information themselves, having instead to shout out numbers to other people using the tablets, charity Medicins Sans Frontieres called on a group of technology volunteers to come up with an “Ebola-proof tablet” to improve the efficiency of this process.
The problem with normal tablets is that even if gloves are worn and all safety precautions taken, they can easily end up becoming contaminated with the virus.
According to the BBC, those invited included Pim de Witte from Whitespell and Daniel Cunningham at Hack4Good, but it was Google that was first to the mark, with a machine that can withstand all weather conditions and even work after being dipped in an extremely strong bacteria-killing solution. It has passed tests at a treatment centre in Sierra Leone.
Ganesh Shankar, a product manager at Google, said the achievement is a sign of good things to come: "I think this kind of partnership represents the future of how non-governmental organisations are going to integrate technology into the work they do,” he said.

The machine can monitor a patient's progress using measurements such as pulse and temperature, and allows long-term trends to be identified.
According to Ivan Gayton, technology advisor at MSF, its waterproof coating is of an “industrial” thickness, and is so robust that even when soaked in a 0.5 per cent chlorine solution, which causes chemical burns on unprotected skin, it still works just as well. A solution of this strength can kill off even the slightest trace of Ebola.
Sharp edges have been removed to avoid protective clothing being torn, and it can be charged wirelessly by being placed on a table.
“A handful of companies are trying to find technological solutions for the Ebola crisis, but they face a lot of challenges such as unreliable electricity,” explained Dr Eric Perakslis from Harvard Medical School, highlighting how unusual the capabilities of the new invention are.
"It will not just be useful for single patient encounters but for research on the virus too," he added.