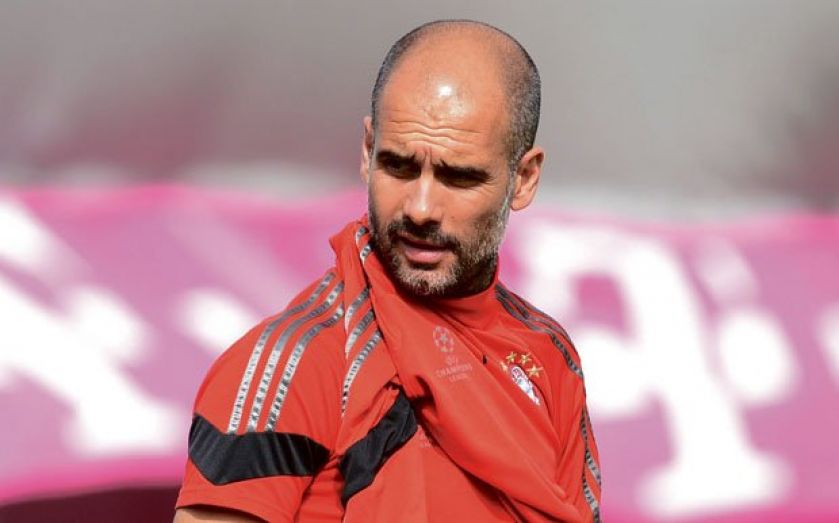 Guardiola, who has won a domestic league title in five of his six campaigns as a manager, was reported to have reached a verbal agreement with the Etihad Stadium hierarchy to replace Pellegrini this summer.

Pellegrini’s tenure has fallen under the spotlight after City failed to retain the Premier League crown they won under the Chilean’s leadership last year, following the club’s continued inability to reach the latter stages of the Champions League.

“I have already said 200 million times, I’ll be here next season, that’s it,” said Guardiola. “I have a year left on my contract. Next season I will be here.”

“We’re Bayern, before a game I’ve never said that we have no chance. Of course we do,” he added. “Barcelona are strong on the break. If we let something slip, they’ll punish us. We have to control the game.”