Formula One at a crossroads: Successful 2019 is key to keeping motor sport series on track 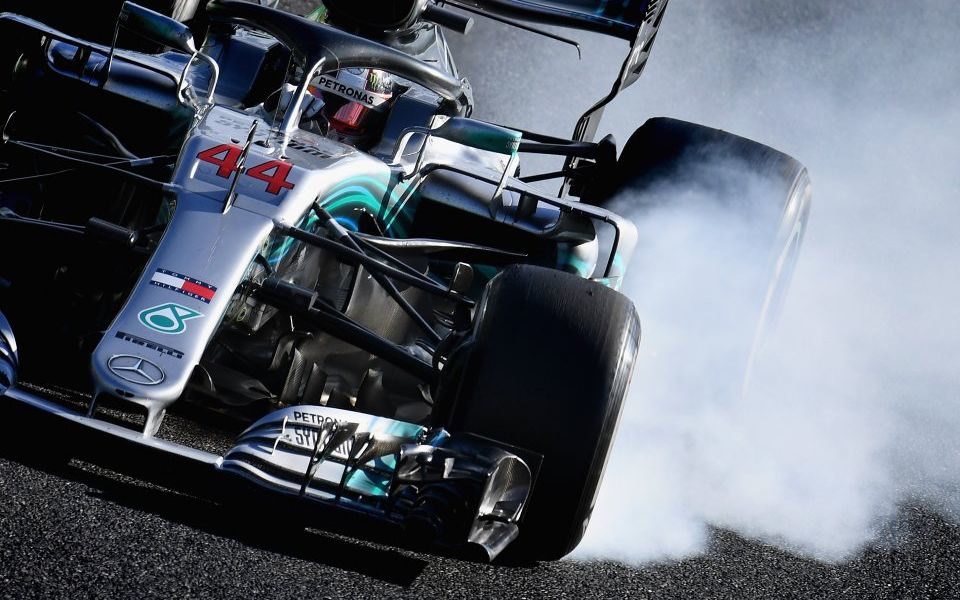 In cars. It’s the only way to live, according to Gary Numan, post-punk’s foremost petrolhead.

For decades, this attitude has ensured that motorsport, and Formula One in particular, has become a way of life for millions.

But as the new season approaches, the sport faces a new wave of challenges and, to paraphrase the Tubeway Army frontman, it’s clear that the trends are electric.

Not only has Formula E established itself as a worthy and sustainable challenger to its older, more muscular sibling, but a key principle that has underpinned the pre-eminence of F1 for decades is under threat.

It is the stated desire of governing body the FIA “to maintain F1 as the pinnacle of motorsport technology, and as a laboratory for developing technology that is relevant to road cars”.

Years of adherence to this philosophy have yielded such innovations as carbon fibre components, traction control and active suspension. From a technological perspective, the global automotive industry is now facing perhaps its greatest challenge.

A combination of sustainability concerns and the accelerating demise of diesel due to the emissions scandal are driving demand for electric vehicles through the roof.

The extent to which the move to electric is forcing manufacturers into a major reappraisal of their operations was illustrated by Honda’s decision to cease production at its Swindon plant and withdraw production from Europe completely.

While the trend towards electrification may present a challenge to F1’s dominance in the medium term, something far more significant looms around the corner.

The fact that Honda explicitly ruled out Brexit as a factor behind its decision may be rooted as much in diplomacy as in reality but certain parts of the industry have not held back in airing a view that the UK’s departure from the European Union could be incredibly disruptive to F1 and, in particular, to the seven teams based in Britain.

Toto Wolff, team principal of Mercedes and an architect of the Silver Arrows’ dominance of both the drivers’ and constructors’ championships over the past five years, has issued a perhaps the most severe warning of Brexit’s impact on the sport.

“Any major disruption with borders or taxes would damage the F1 industry in the UK,” he told the Guardian.

“Our team is an international team, including many EU citizens, and there is uncertainty at whether the industry will be impacted by a no-deal Brexit or a Brexit. That is damaging to what is to me one of the outstanding industries in the UK. It is the mother of all messes.”

Ironically, without a different type of withdrawal by Honda, Mercedes may not currently be in F1 at all.

The current manifestation of the team grew out of the astoundingly successful Brawn GP team that itself rose from the ashes of Honda’s decision to abandon F1 in 2008 as the economy buckled from the effects of the credit crisis.

F1’s prolonged success has been down to the balance struck between major motor manufacturers willing to invest heavily in the sport because of the benefits it brings to their core business of producing innovative road vehicles and the smaller constructors that rely on the manufacturers for, among other things, engines.

The necessity of maintaining competitiveness between these two groups has become increasingly difficult over the past decade, as the dominance of Red Bull and then Mercedes testifies.

But striking a balance between the teams on the track is perhaps as difficult as it is to forge an agreement between them, the FIA and the new owners of F1, Liberty Media, off it.

Next year will see the expiry of the Concorde Agreement, the legal contract that holds the sport together. The ability of the FIA, the teams and Liberty Media to agree a new text that will dictate the future of the sport is a matter of some speculation.

There is a clear analogy with the UK’s current negotiations with the EU, as Christian Horner, team principal of Red Bull, said in November.

“It’s a bit like Brexit,” he said. “We’ve got to find a deal, we’ve got to find a solution. There’s 24 months. There’s a hard stop, which is at the end of 2020, and there’s only the simple factors of money, regulations and commercial plans for the future to sort out.”

Ultimately, that issue, more than anything, presents an existential challenge with threats of withdrawal being bandied about by the likes of Ferrari – Fexit, anyone? – if the rules aren’t agreed in a way that mirrors their vision for the future of the sport.

Can this be achieved in a manner that enables Liberty Media to grow the commercial revenues of the sport and begin to generate a significant return from its $4.6b investment?

Liberty’s stewardship of the sport has, to date, been focused on creating a sense of occasion in each grand prix host city that can expand the appeal of F1 beyond the traditional audience of petrolheads and Tifosi.

In addition, the use of show car runs in markets such as Vietnam that are yet to host an F1 race is helping to grow audiences while creating additional competition for coveted slots on the grand prix calendar, many of which are now occupied by relatively new races, such as Russia and Azerbaijan.

This has so far paid dividends, with sponsors such as Heineken, whose strategy has been to bring a fresh perspective to the sport and its impact on host cities, and whose growth strategy is focused on emerging markets.

It is even bearing fruit for the teams themselves, however intransigent they may appear when it comes to the Concorde Agreement.

There is perhaps something reassuringly old school about British American Tobacco’s return to F1 after a decade’s hiatus following the banning of tobacco sponsorship in various markets including the UK, even if its global partnership with McLaren will be focused on its "reduced risk products".

None of this should be controversial for the purists although there remains a perennial sense of angst that some big-name circuits, including Silverstone and Monza, may miss out in the sport’s quest to conquer new territories, while new ones are added for reasons as straightforward as being in Liberty’s home market, such as Miami.

All this aside, however, and despite the obvious headwinds it faces, F1 clearly remains capable of satisfying its existing audience while growing its global fanbase. As a sport whose commercial value is inextricably bound up with its international reach, this makes for a thoroughly sustainable business model.

That means it can stay true to its racing DNA and steer clear of gimmicks or format changes that other sports have had to embrace to maintain relevance in a changing media landscape.

If F1 can continue to market itself as a premium product it will maintain its value to sponsors and broadcasters alike, ensuring its challengers remain firmly in its slipstream.