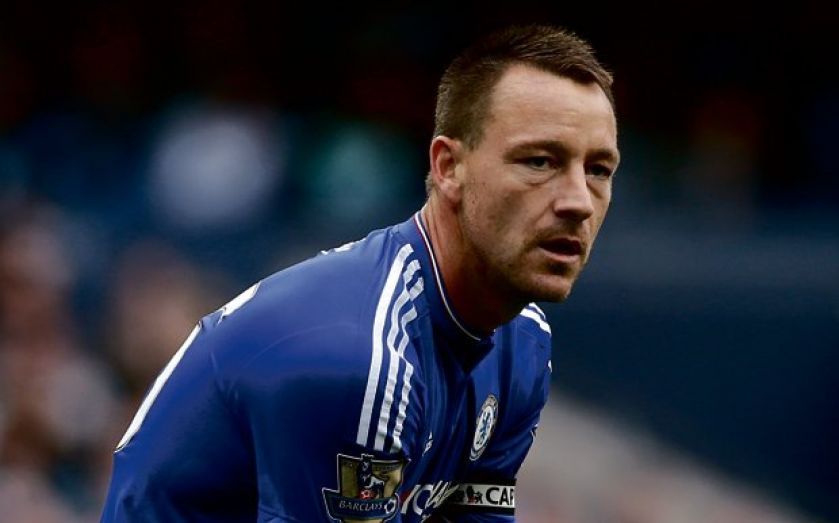 I'd love to hear a convincing explanation why Chelsea manager Jose Mourinho substituted his captain John Terry when 1-0 down at half-time away to Manchester City on Sunday because I just don’t get it.
The problem with the visitors’ performance was not so much Terry as what was going on directly in front of him, where David Silva was allowed to weave his magic. You don’t take off your leader against your rivals. Do you think City players were happy when Terry was hooked? Of course they were. It’s bizarre.
Unless Mourinho knows something we don’t, that is. Terry played all 38 Premier League games last season. Has he lost half a yard of pace over the summer? Chelsea staff must have the answer. It’s maybe the only logical explanation, as otherwise I just don’t see any advantage to leaving him out.
It’s not Mourinho’s only odd call. The criticism of doctor Eva Carneiro and physio Jon Fearn came off as petty, and his refusal to admit wrong stubborn. That has weakened his standing and can’t have gone down well with everyone at the club, which the pair have served so well.

This all adds to the other issue that has left the club unusually fragile: the squad looks jaded. Eden Hazard is not sparking, the play is predictable, and it’s put them under pressure. It’s a far cry from the way they started last term, epitomised by that glorious Cesc Fabregas pass to Andre Schurrle at Burnley.
They have to spend some money. Cut losses on Juan Cuadrado, who doesn’t look like he’ll work out, and buy something better. They’re clearly in the market for Everton defender John Stones, who would be a good buy, though I’m not sure he’d start every week – unless Mourinho really is going to drop Terry for good.
And they need Falcao to rediscover his confidence. His arrival makes it unlikely Chelsea will buy a striker, so Mourinho has to get the best out of the man he has put his faith in, even if – like Liverpool’s signing of Mario Balotelli last year – it looks doomed.
At the moment Chelsea are victims of their own lack of action. If you don’t spend then you stand still, and if you stand still in the Premier League then, as they are finding, you go backwards.
Trevor Steven is a former England footballer who has played at two World Cups and two European Championships. He now works as a media commentator.