Focus on Teddington: This laid-back suburb is home to families, first-time buyers – and the odd seal 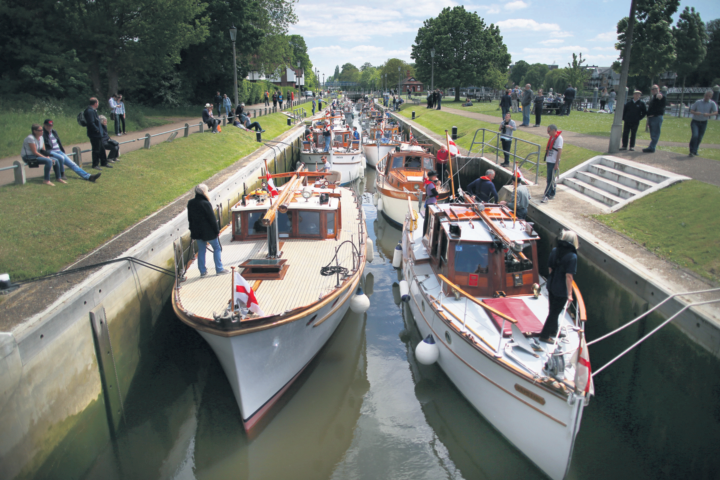 Teddington is located on the banks of the River Thames between Hampton Court Palace and Twickenham, but it doesn’t have the royal or sporting connections of its neighbours. Instead, this leafy, laid-back suburb’s biggest landmark is its lock – the lowermost on the Thames, don’t you know – where a lost seal crops up every few years to surprise local kayakers.

That’s certainly not to say Teddington is boring, though. It has a well-loved and lively high street with a wealth of independent boutiques, family-owned restaurants and cosy riverside pubs; is close to popular Bushy Park and has plenty of good schools and sports clubs. This, along with its wealth of attractive period homes, has given it an enduring popularity among families.

“Teddington is mainly Victorian and Edwardian houses and conversions, with a scattering of 1930s homes and new developments,” says Paul Herring, director at Richmond and Kingston estate agent Snellers. “Large family houses are currently attracting a lot of interest because there are few on the market”.

Teddington is sometimes referred to by local property agents as a “mini Richmond,” says Donna Littman, director at Dexters Teddington. While it has many of the same attractive attributes as the (very expensive) jewel in South West London’s crown, properties can be picked up at quite a significant discount. In terms of prices per sq ft, Richmond sits at £924 and Teddington £717, according to data from Hamptons International.

Price growth is in negative territory too, meaning the time to buy could be now. Savills says prices have fallen by 2 per cent in the last year in Teddington, while in the Richmond Upon Thames borough as a whole they have risen by 3.4 per cent.

Teddington can offer better value than its pricier neighbours

The one are where prices do skyrocket is around the river, where houses sell for multi-million-pound sums on prime streets like Broom Water West and Trowlock Avenue. This year so far, 20 per cent of homes in Teddington have sold for more than £1m according to Hamptons International – up from just three per cent 10 years ago.

Although it does have an abundance of buggies and a roll-call of good schools, Teddington is appealing to first-timers and younger buyers, too. Flats, which made up 40 per cent of sales in the area last year, start from around £300,000 and on average sell for just under £412,000: 16 per cent lower than comparable properties across the capital.

The largest development of new-build flats is Pinenorth Properties’ Teddington Riverside, which comprises 217 one, two and three-bed apartments and six houses overlooking the lock.

“The area appeals to first-time buyers who might have rented in places like Battersea, Wandsworth and Balham but move out in search of better value to get on the ladder,” says Clacy. For commuters, Teddington station has a 35-minute connection into London Waterloo.

Essentially, it’s an entry into prime South West London for those who might find other postcodes too pricey – as well as the odd seal.

Teddington is awash with good-quality, independent Italian eateries. Two of the best are La Dolce Vita, which gets rave reviews for its seasonal dishes and friendly staff, and Shambles Italian Restaurant which offers locally-sourced ingredients and has its own walled garden. Other cuisines are available, though: Sidra offers Syrian and Lebanese mezze in a relaxed, café style setting while One One Four, run by a husband and wife team, is the go-to for modern European dishes. Teddington riverside is very much the domain of the pub, with gargantuan, family-friendly gastropub The Anglers taking a prime spot by the lock and nearby The King’s Head offering a cosy atmosphere with open fires and snugs. The high street has all your bases covered in terms of independent shops, from bridalwear at The Dress and Gillian Million and on-trend ladieswear at One Hundred High Street to artisan cheeses at The Teddington Cheese.