Have you ever thought about living in the Square Mile? Fair enough if you haven’t because you’re certainly in the majority, With an eye-watering average second-hand sale price of £840,053 – for context, the London average is £497,452, according to Savills Research using the Land Registry – and an outmoded reputation for being suits central, then dead on the weekends, it certainly has an uphill battle to climb before it’s seen as a desirable place to live and work.

But as residential values overtook commercial and plans for three Crossrail stations became a reality, developers began to sniff out liveable locations in the City of London resulting in a new build boom.

“When Crossrail opens [it has been delayed until the autumn], we will see a surge in high rise buildings and an ever increasing choice of bars, restaurants and entertainment coming to the area, which will attract many more overseas investors and young professionals,” says Alex Hensley, associate sales director at Chestertons. True to form, huge new developments have sprouted up next to eagerly anticipated stations; Goodmans Fields by Berkeley Homes near Whitechapel; Barts Square on the site of a former hospital trust near Farringdon, set to be the most well-connected station for frequent flyers in London; and Heron Tower (not to be confused with 110 Bishopsgate with Duck & Waffle at the top) round the back of Liverpool Street station. 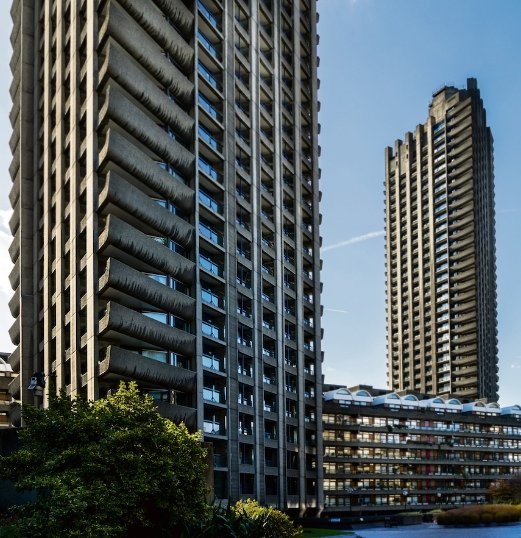 With the arrival of the Sterling Prize-winning Bloomberg Arcade, Soho House’s newest outpost at The Ned, The Shard Quarter and One Tower Bridge boasting the Bridge Theatre and The Ivy Brasserie among others, the nightlife and restaurant offering has improved mightily in recent years, too.

But are these new homes a good investment? Savills Research recorded a reduction in the average second hand sale price of 6.9 per cent last year, whereas London prices increased on average by 2.9 per cent. The same data shows that, if you bought five years ago, however, you’re still likely to have seen a 27.6 per cent growth in the value of your investment.

“Irrespective of Brexit, the City of London remains a highly attractive proposition and the price adjustment has seen the re-emergence of the UK-based buyer,” says Bernard Cully, director of residential agency at JLL.

Edward Robinson, from Knight Frank’s City and East team, says he’s found every type of UK buyer – from pied-a-terre business buyers, to Bank of Mum & Dad to buy-to-let landlords – at Landmark Place, the new riverside homes by Barratt London next to Tower Pier. The only demographic not represented are those using Help to Buy, as the £2m-10m apartments soar above the £600,000 London threshold.

He estimates that a studio in the Square Mile is still likely to cost from £650,000, with the prospect of rehabilitating an ex-council flat non-existent. But bargains can be found on the outskirts; a buyer recently snapped up a one bedroom apartment at Long & Waterson – a 15min walk from Spitalfields in Shoreditch – for £450,000.

For period character, nothing beats The Barbican, either for values or cultural kudos. “If you go to those upper floors, it’s the sort of thing that just doesn’t go on the market, you don’t give them up,” Robinson says. 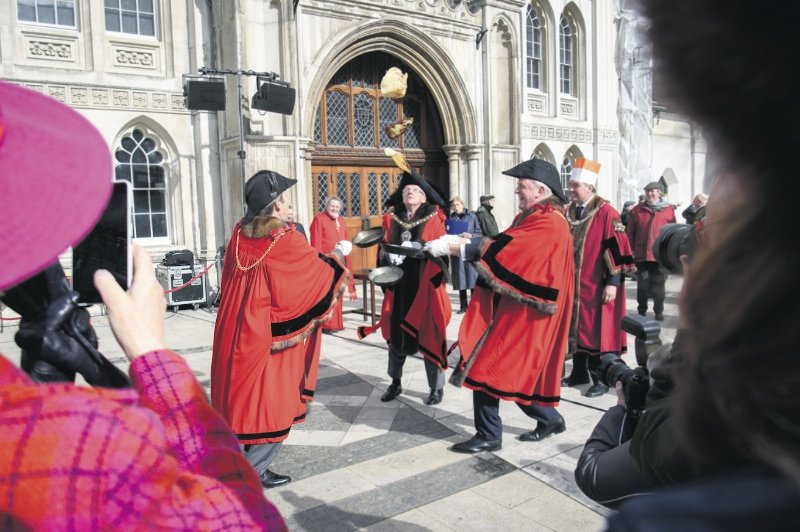 The Ned, Nick Jones’ multi-million pound refurbishment of Edwin Lutyens former bank, brought 10 new eateries to the Square Mile in one fell swoop. Apart from a Soho House members rooftop and bar in the bank’s old vaults, there are also six private event spaces and a 250-room hotel and spa. Bloomberg Arcade, designed by starchitects Foster & Partners to house the news organisation’s new European HQ, is also a source of great new eateries, from Cantonese Kyms to brunch behemoth Caravan to Indian firebrand Brigadiers. Older cultural contenders include the Barbican Centre, which is a superb all-rounder with art gallery space, a restaurant, theatres and concert halls. For shopping The Royal Exchange is a magnificent historic marketplace on Bank junction that’s packed with high end brands from Tiffany & Co to Fortnum & Mason. Steeped in tradition, Guildhall has also been a London powerhouse since the 12th century and is always worth a visit.