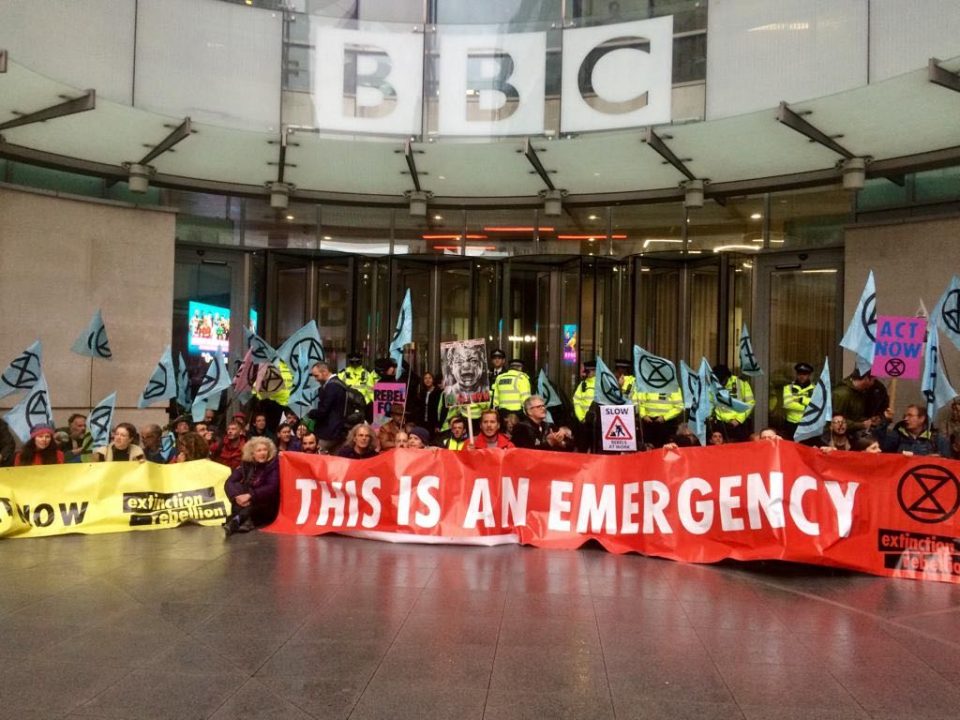 Extinction Rebellion protesters have this morning taken to the BBC Broadcasting House in central London to demand “more accurate” reporting on climate change.

The BBC are not letting anyone in or out of the building at present due to safety concerns, preventing journalists from getting to work.

A group of around 40 activists are thought to have camped outside the building with banners reading “BBC, your silence is deadly” and “stop funding climate change”.

The police have begun to arrest some of the activists present there.

It is the fifth successive day of protests throughout London with the total number of arrests now passing the 1,000 mark.

This was where the Metropolitan Police had ordered Extinction Rebellion protesters to confine their protests to.

The Met said anyone protesting outside the prescribed pedestrianised area in Trafalgar Square, such as on the road, was liable for arrest.

The protests lead by Extinction Rebellion are expected to last two weeks and the number of people police have arrested currently stands at 1,112.

Activists are thought to have given up on a proposed three-day occupation of London City Airport following the disruption there on Thursday.