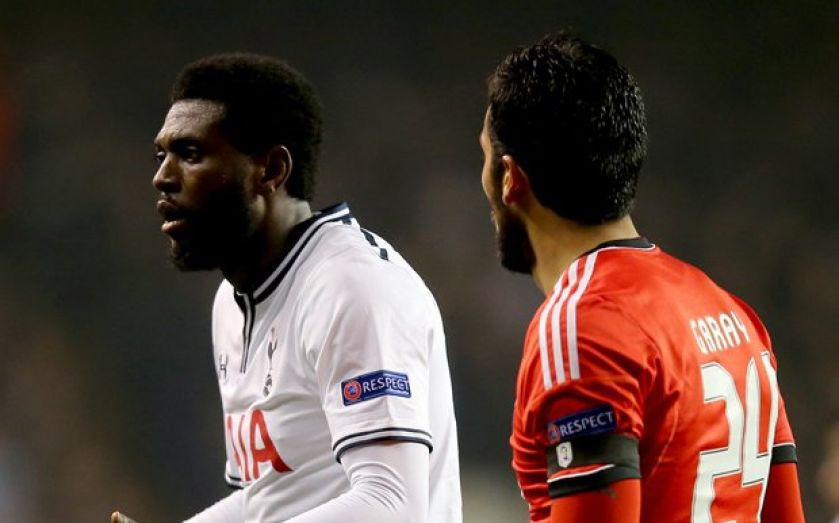 TOTTENHAM boss Tim Sherwood conceded his team were outclassed by Benfica, as their heaviest ever home defeat in the Europa League left Spurs on the brink of elimination in the last-16.

Rodrigo opened the scoring in the first half and two goals from defender Luisao, sandwiching Christian Eriksen’s sublime freekick, inflicted a second straight defeat on Spurs.

Sherwood was critical of his players’ attitude following their 4-0 defeat to Chelsea on Saturday, but last night admitted his team were simply second best.

“They’re better than us. They’ve got more penetration, more guile and unfortunately we were beaten by the better side,” he said. “I’ve no problem with anyone’s desire. Everyone tried, there was a lot of effort and huff and puff, it was just the quality we lacked.”

Over zealous celebrations from Benfica boss Jorge Jesus followed the visitors’ third goal that all but ended the tie ahead of next week’s return in Lisbon. And Sherwood added: “He doesn’t mind himself, does he? He lacks class.”