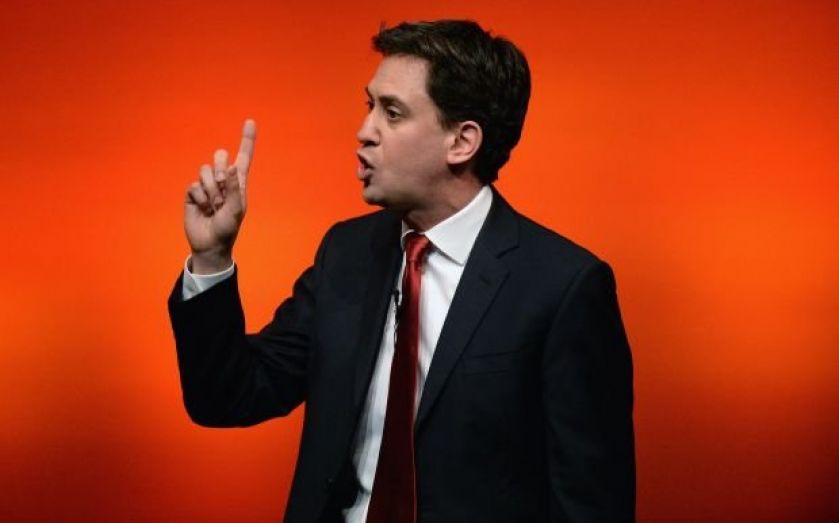 Labour is in the midst of an odd sort of crisis. On the surface, the party is doing alright – it is generally ahead in the polls, despite a surprisingly united Tory party, and has a couple of vote-winning policies to its name. Yet below deck, the party is struggling with a deep-rooted confidence problem and even the old hands are starting to panic.

When a ship begins to drift towards danger, it’s not the highly trained chef you look to – it’s the man in charge of steering it to safety. It’s the captain, the leader. Your vessel may boast expert napkin-arrangers and Susan Boyle doing a turn on stage every night, but if the skipper is weak, none of that matters – you’ll hit the skids regardless.

Labour is currently heading fast towards a rocky outcrop and the captain, Ed Miliband, is cowering below deck, desperately hoping his ship stays afloat. If he can’t muster up the courage to step up and lead his party through rocky waters, that feat will be tricky to pull off.

Dan Corry is chief executive of consultancy think tank NPC, writing in a personal capacity. He was a Treasury and Downing Street adviser in the last Labour government, says No.

British politics is in turmoil, and nobody knows how to play it. Ed Miliband has done well in keeping Labour competitive.

After a crushing defeat in 2010, the party is right in the hunt, and could easily turn out to win the election. And unlike the Tories, he has had no MPs defecting. Polls suggest Miliband has not connected with the public. But all mainstream leaders are finding it hard to counter the carefully cultivated authenticity of Nigel Farage.

The lure of a new leader always appeals to MPs worried about losing their seats, but the real need is for Miliband and Labour to attract more of the anti-Tory vote by better articulating their vision for ordinary families on the economy, the NHS, schools and, of course, migration. They won’t do that with distractions around the leadership.