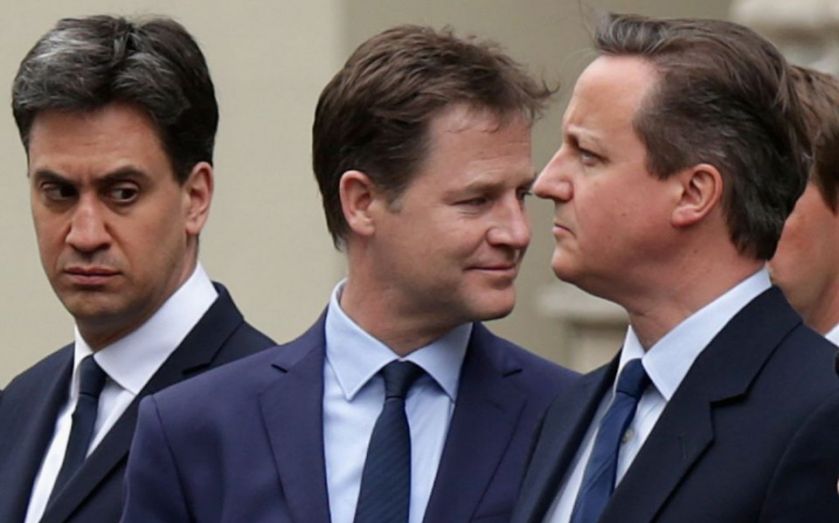 Now that the stoor is settling, Labour might want to consider some of the blunders Ed Miliband made that helped drive voters towards the Conservatives – or even Ukip.

The first is that Labour made a strategic error by not offering an in/out EU referendum. This misjudgement delivered four outcomes that Miliband could have avoided: it presented David Cameron as being more in touch with public opinion; it painted the Conservatives as more democratic and trusting of the British people; it pushed dissatisfied Tory voters in marginal seats away from Ukip and back to Cameron’s party; and it gave an opening for Ukip to become a receptacle for disenchanted Labour voters that could not bring themselves to vote Tory.

All of these outcomes were damaging to Labour and will continue to have ramifications if not addressed by the next leader.

Although EU membership never became a central issue in the General Election, Cameron was the main beneficiary of Miliband’s miscall. A smarter politician (such as Blair in his heyday) would have neutralised the issue by agreeing to offer a referendum while making all the arguments in favour of EU membership. Such a course would have allowed Labour to focus on its key issues rather than be deflected onto EU-related topics, like immigration, by Ukip.

More crucially, for those Tory electors wanting an EU referendum, the prospect of a Labour victory became a disincentive to vote Ukip if such an action might cost the Tories seats. Labour unwittingly squeezed out the relevance that Ukip had won by pushing Conservative supporters who were dallying with Nigel Farage back into the Tory column (in all but a few seats), as that was the only way for such people to achieve the referendum they wanted.

By coming second in many of the constituencies that Labour won, especially in the north, Ukip now presents a real threat in areas where the Conservatives were never really challengers – if it can maintain its momentum. If there are by-elections in those Labour seats, Ukip will be in with a strong chance of winning. Also, given that the next European Parliament election will be in 2019, there is every prospect that Ukip could be high in the polls and snapping at Labour’s heels by 2020.

The second observation is that the reaction of the markets to the Tory victory (equities and sterling strengthening) – while knowing that an EU membership referendum will now be a certainty – puts to the sword Labour’s scaremongering that business and overseas investors will be spooked by the disruption of a referendum and the possibility that the UK will depart the EU.

Indeed, the reception of the markets bears out a recent EY survey on foreign direct investment. This demonstrated that many investors are not unduly worried by such political processes and that many of those located outside the EU welcome the prospect of the UK having a far looser relationship.

Labour EU-phile campaigners would do well to take note of this and begin debating EU membership using the established facts, rather than unsubstantiated assumptions and supposition in an attempt to grab scary headlines and frighten the public into their camp. Recent huge investments by BMW, Jaguar Land-Rover and Honda in their British manufacturing capacity shows how foreign companies take a long view and fully appreciate that free trade, irrespective of EU membership, is now the norm thanks to the efforts of the World Trade Organisation.

The EU debate is moving into a new phase, with the Prime Minister seeking to negotiate a new relationship. While I expect that delivering anything truly meaningful will prove futile for Cameron, Labour would do well to embrace that process and support a referendum, while learning that scaremongering is counterproductive.