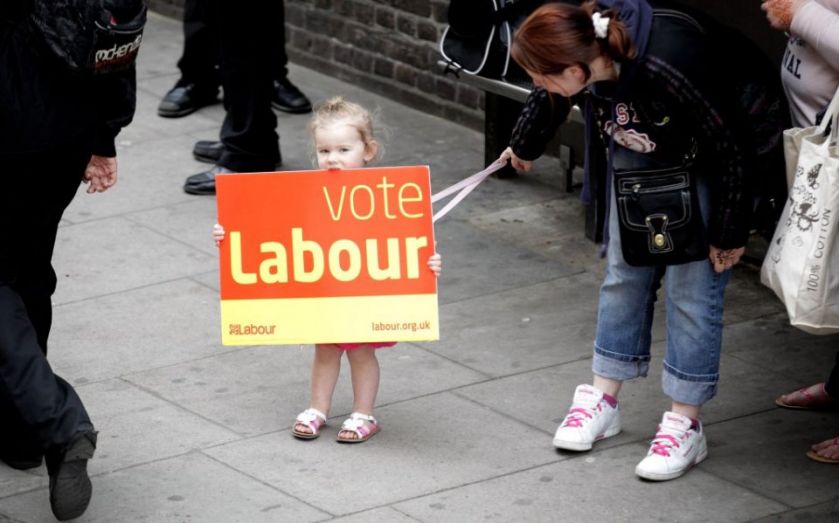 There is no getting away from it: last Thursday’s result was a crushing defeat for the Labour Party. This new era requires a new generation of leaders, who must have a vision that appeals across political and geographical divides, and the ability to reach beyond Labour’s core base. Those who turned away from Labour need our attention, not our scorn.
The good news is that it looks like there will be a strong field of leadership candidates. It is humbling that so many have urged me to run, but my focus is on London, and the task of becoming mayor of the city I love.
Read more: How many seats did Labour win in London?
Here in London, Labour faces a stark choice. Already there are worrying signs that lessons have not been learnt. The orgy of self-congratulation that we’ve seen in London since Thursday is misplaced. Labour may have done better in the capital than elsewhere, but despite having genuinely excellent candidates and hard working activists, we fell well short of the mark – and our own expectations – in key target seats like Hendon, Croydon Central, Finchley and Golders Green, and Harrow East. These are the seats we have to be winning if we are to put a Labour Prime Minister in Number 10.
Labour’s failure to gain target seats in Outer London is evidence of our inability in recent years to reach beyond our traditional base. Our campaigns – on energy bills, rents and the minimum wage – resonated in parts of London where people are struggling, and our support rose in areas where increasing ethnic diversity has boosted the number of Labour voters. But in more suburban areas, we had little to offer. We need to be honest enough to admit that our campaign this time around did not come close.
That’s not just a worry for 2020 – it’s a worry for next year’s mayoral election too. It was our failure to secure support in precisely these areas that resulted in the last two elections delivering a Conservative mayor in a traditionally Labour city. London cannot be taken for granted in this way again. Despite what some in my party wrongly believe, next year’s mayoral election is not in the bag. This is not a time for complacency; any sense that Labour hasn’t learnt its lessons will not be met kindly by the electorate.
The challenge is broadening our offer and our appeal across the spectrum. In London, the next mayor must take bold action to help those struggling with low wages, soaring rents, and rising transport and childcare costs, but they must also have a comprehensive plan for working closely with business to create jobs, boost skills, harness the power of technology, and support small companies. Londoners do best when the city has a strong and vibrant economy, with new jobs being created in emerging industries like tech and advanced manufacturing. The capital needs an independent-minded mayor, ready to stand up for London’s interests – but not one who will pick fights with a Conservative government for the sake of it.
Labour needs leaders that understand this. By ditching the tribalism and division that has failed, the party will come back stronger, both nationally and here in London. When the Tories lost in 1997, it took three rejected leaders before they realised the scale of the need for change. Labour cannot afford to take that long. The primary that now begins to select the Labour candidate for mayor is a key test of how much the party understands the huge challenge facing it.
Never again can we afford to lose touch with those who support us. The choice for politicians is this: listen and learn from the public, or be taught a harsh lesson at the ballot box.
[custom id="10"]