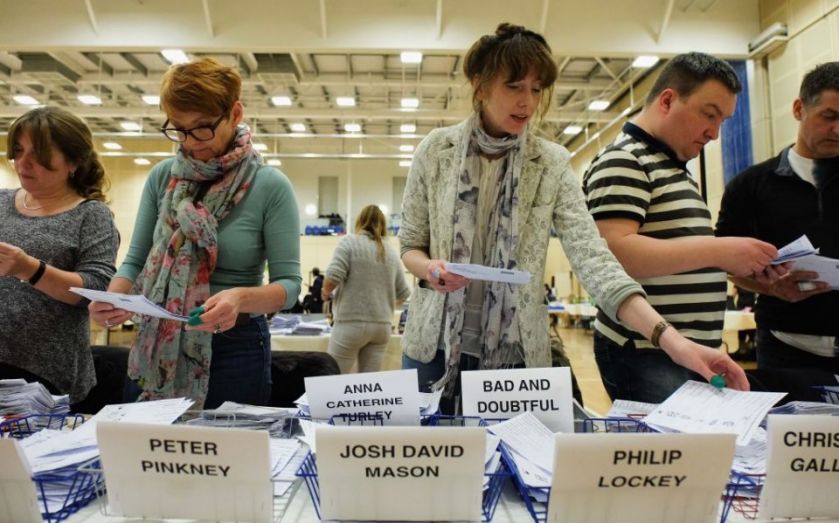 Very few predicted last week’s election result correctly. In hindsight, it’s easy to see that this was because the vast majority of us became so utterly enthralled by the weekly, if not daily, splurge of opinion polls. And these, of course, proved to be disastrously wrong. The British Polling Council has already launched an independent inquiry into the apparent bias of the polls against the Conservatives.
Yet we’d all benefit from much more than a change of polling methodology. In fact, what would really improve our politics is for politicians and commentators to stop putting so much weight on the importance of polling altogether.
Read more: Pollsters were one of the biggest losers on election night
Seeing the result now, it seems so obvious. The fundamental trends all pointed towards a Conservative victory. As my colleague Chris Snowdon has said, if you had told a random member of the population in 2011: that the economy would be growing strongly from 2013 to 2015; that low unemployment and this steady growth had led to much higher confidence in the Conservatives on the economy; that the Lib Dems were set to be wiped out; that many working class voters in the North were turning to Ukip; and that the SNP would be on the rampage in Scotland, they would have believed it obvious the Tories would do very well. But the obsession with the day-to-day variations in the polls meant that almost no one could see the wood for the trees.
I’m not saying all polling is useless, merely that the political classes have an unhealthy obsession with it. One sees this most clearly in policy discussions. Rather than engage in serious debate and analysis of whether a policy will work, many take the intellectually lazy line that something should be done “because the public supports it”. One of the main arguments in favour of rent controls, we were told, was that 60 per cent of the public favoured them. It was explained to us that 80 per cent of the public favoured Ed Miliband’s energy price freeze, with political commentators waxing lyrical about it being a great “retail policy”. Commentators lamented how unpopular the Tories’ cut of the 50p tax rate was, reaching for polls which showed that 60 per cent of the public wanted it reinstated. Others bemoaned polling showing that the Conservatives were perceived to be “a party of the rich”, suggesting this meant it would be impossible for them to win a majority.
Read more: How accurate are exit polls?
These polls were at worst wrong and at best insignificant to the result. This should not surprise us. Polling like this tells us nothing about the relative importance people place on each issue, or indeed how the combined effects of all policies affect a perception of a party. Even “voting intention” polling across a five year Parliament is unlikely to reflect what voters will actually do in the polling booth, when they must weigh up a government’s record, the relative strengths of each party, the tactical voting incentives for their constituency, and their gut feelings. This is especially true when most normal people pay little attention to politics on a day-to-day basis.
My plea to politicians for this Parliament is therefore to advocate for the policies and ideas you believe in. Make the case for things you think will produce popular results, not just show up as popular in polls. Get to work in particular on some of the real economic challenges we face, from our poor productivity performance to finishing deficit reduction, from fiscal decentralisation to EU renegotiation. There’s only one poll that matters for your re-election, and that’s the next General Election itself. Don’t get caught up with tracking day-to-day movements in public opinion.
[custom id="10"]