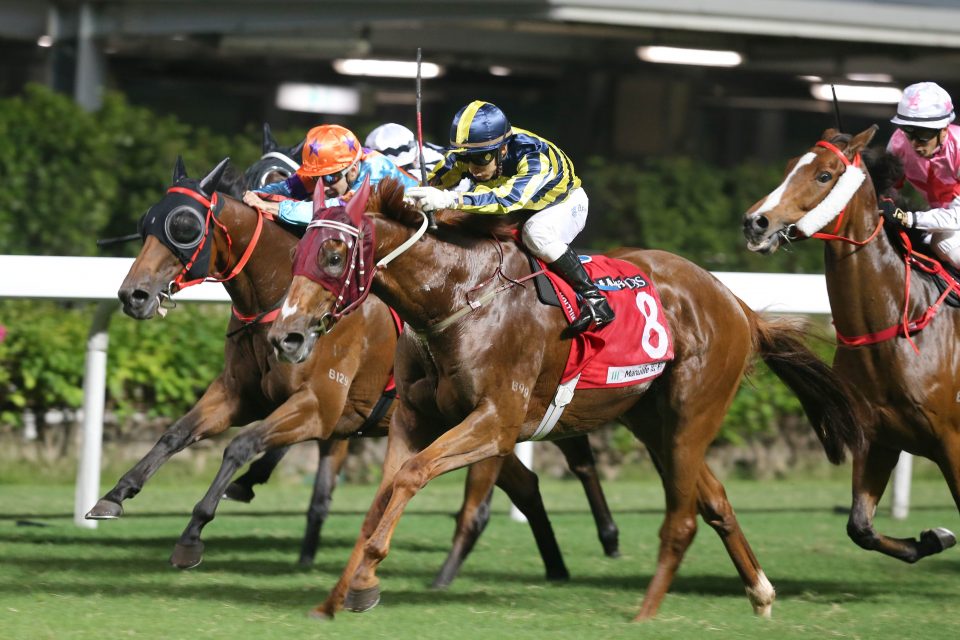 The highlight race of the afternoon at the Valley has to be the £200,000 Class 2 Camellia Handicap (3.50pm) over the extended mile.

Both Dances With Dragon and Enrichment lock horns again having produced one of the most thrilling finishes of the Happy Valley season last month.

On that occasion, Zac Purton, aboard Dances With Dragon, galvanised his mount with a power-packed finish to deny Joao Moreira and Enrichment at the post much to the disappointment of favourite backers.

Both horses and jockeys will have their supporters again and are likely to dominate the market, despite Dances With Dragon carrying a penalty and Enrichment drawn on the outside.

Taking this into account, it may be the time to look for some value elsewhere.

With trainer John Moore firing on all cylinders at present, with eight winners in the last fortnight, his dual course and distance winner HAPPY DRAGON could be the answer in what looks a difficult puzzle to solve.

This son of Raven’s Pass hasn’t had much luck over the last couple of months, either having awkward draws or racing too far back.

However, his early season form gives him a leading chance over rivals Dances With Dragon and Private Secretary, and a recent trial will have put him spot-on for this contest.

With an inside draw to his advantage, he should settle in a midfield position from the off and can then use his impressive finishing kick to good effect in the latter stages of the race.