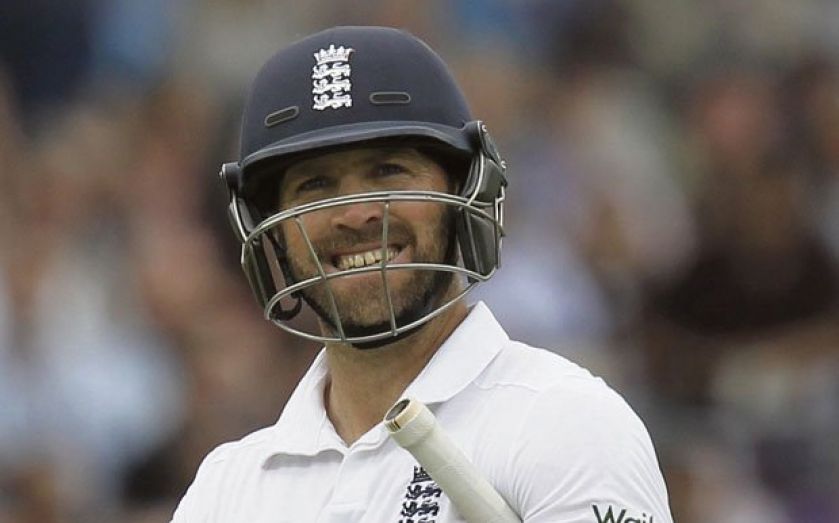 FORGOTTEN man Matt Prior is refusing to bow out of the international picture and intends to fight for the billing of England’s No1 wicketkeeper with highly-rated newcomer Jos Buttler.

The Sussex man faces surgery next month on an achilles injury which forced his withdrawal from the series with India after England’s 95-run defeat at Lord’s in the second Test.

Prior, who averages more than 40 and has taken 243 catches in 79 Tests, was replaced behind by the stumps by the explosive Buttler who scored 200 runs in three innings as England romped to a 3-1 series win, but he insists he has been written off far too easily.

“People seem to forget very quickly what you have given in the past, but that’s the nature of the beast and sport moves on very quickly and I accept that,” he said.

“I’m only 32 and everyone talks about you like that’s it, the end.

“But I’m hoping by January to be as physically fit as I’ve ever been and then it’s a case of getting some cricket under my belt, getting to the levels I expect of myself and proving to the selectors I am playing good cricket.”

Test matches now take a backseat as limited overs cricket assumes centre stage on the international calendar ahead of next year’s ICC World Cup, with England’s preparations intensifying with a five-match one-day series with India, which starts at Bristol on Monday.

Prior’s exposure to the shorter formats of the game has been limited in recent years, with his last one-day international the 10-wicket thrashing by Sri Lanka in the 2011 World Cup quarter-final.

England only have five Tests before next summer’s Ashes, starting with a three-match series against West Indies in April, dates ringed in Prior’s diary as he plots his return to national duty even if it means travelling as 23-year-old Buttler’s understudy.

If I’ve to go as a No2 batter-wicketkeeper so be it,” added Prior. “The minute Jos went into the team I’m only ever there to help and I sent him a message to say if you need anything. But at the moment he is going great guns so I leave him to it, obviously.”