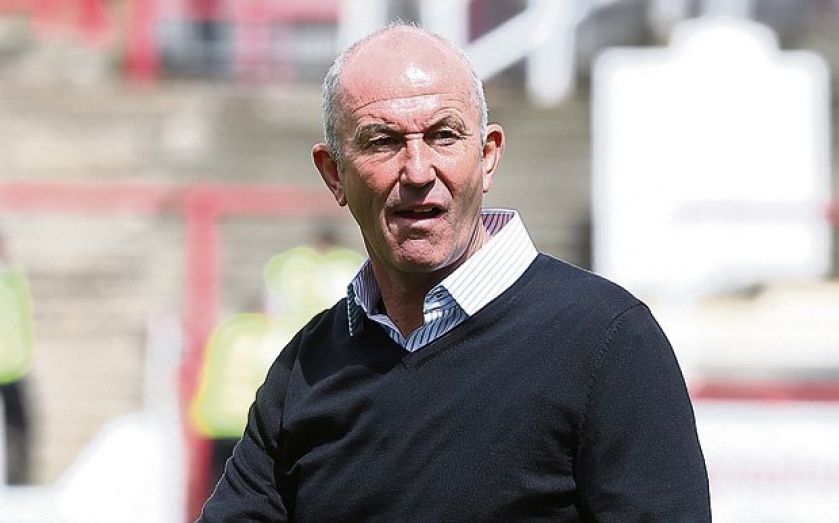 CRYSTAL PALACE’S preparations for the new season were plunged into turmoil last night after manager Tony Pulis left the club by mutual consent.

The 56-year-old, who was named Premier League Manager of the Year in May after saving the Eagles from relegation, failed to resolve differences over areas of responsibiliy and transfer policy after holding crisis talks with co-chairman Steve Parish.

Frictions proved irreconcilable and Pulis departed his post with Palace thrown into disarray less than 48 hours before their Premier League campaign starts with a daunting trip to FA Cup winners Arsenal tomorrow.

Assistant manager Keith Millen will take temporary charge at the Emirates Stadium, while Parish has asked the remainder of Pulis’ coaching staff – including Gerry Francis and Dave Kemp – to stay on for the game.

Odds on the former Stoke City boss becoming the first top-flight manager to leave his position this season had earlier been slashed from 40-1 to 6-4 in a matters of hours as rumours of Pulis’ departure gathered momentum.

The Welshman is said to have wanted greater control over football matters, especially transfers, with recruitment falling under the remit of Parish and sporting director Iain Moody, who arrived at Selhurst Park from Cardiff City last November.

Palace completed the signing of defender Martin Kelly from Liverpool yesterday but Pulis was believed to be unhappy with the club’s transfer activity after missing out on key targets.

Steven Caulker and Gylfi Sigurdsson, who moved to QPR and Swansea City respectively, featured highly on his wanted list, with striker Fraizer Campbell the only other cash signing during the close season.

The loss of Pulis represents a seismic blow to Palace after he worked a footballing miracle to maintain the club’s Premier League status last term, arriving in November with the Eagles rock bottom with only one win in 11 games, before finishing comfortably in 11th place with 45 points.