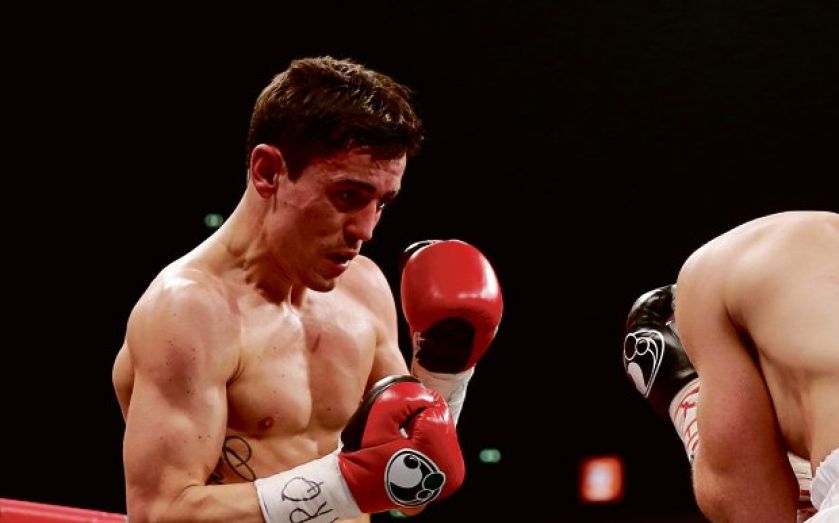 Fighter is latest to turn grisly setback to his favour

IT SOUNDS strange but what happened was probably a blessing in disguise.” That is the philosophical outlook of British boxer Anthony Crolla as he reflects on the brutal assault with a concrete slab that left his skull fractured and his career hanging in the balance.

The 28-year-old also suffered a broken ankle in the attack, suffered when confronting burglars at his neighbour’s property in December, and as he lay in a Greater Manchester hospital bed there were genuine fears he would never box again.

But seven months on from that harrowing evening, a revitalised Crolla – nicknamed Million Dollar – is due to face interim champion Darleys Perez of Colombia at the Manchester Arena on Saturday for a shot at the WBA lightweight world title.

Crolla’s injuries forced his withdrawal from a January world title clash with then holder Richar Abril, but he believes the road to recovery has granted him renewed focus, and that winning a bout of this stature on his return to the ring is destiny.

“The incident allowed me to get into the condition that I am. I have put 100 per cent into every session and I feel in the best shape of my career,” Crolla told City A.M.

“A lot of people thought I would never get back into the ring at all, never mind fight for a world title. It certainly adds to the Cinderella story from where I was seven months ago. Your head is not made to be hit with a concrete slab.

“Does it give me confidence that I can take a better punch because I can take a shot over the head with a concrete slab? It’s something that’s joked about but I’m not too sure.

“But I do believe that some things are meant to be. That’s why on Saturday I believe I will be world champion. I will need a career-best performance to win but I am confident I will find a way.”

Crolla is not the only British boxer to be the victim of career-threatening violence, as IBF welterweight world champion Kell Brook, who was stabbed in the left thigh while on holiday in Tenerife last September, can testify.

Sheffield’s Brook has been successfully marketed as “unbreakable” since surviving that vicious machete attack, and Crolla admits he is relishing the surge in interest which the emergence of a colourful backstory has delivered.

“There are better ways to get publicity but my profile has rocketed since the incident. It’s crazy,” added Crolla.

“My story has appealed to people in the street, to those who didn’t even follow boxing before. People keep coming up to me saying they are now following my career after hearing what happened.

“I have had a whole lot of support from people and that is something I have really appreciated. That is one of the things I believe helped me make such a fast recovery.

“Only the other day an old lady in her seventies approached me saying she was following me since reading my story in December. She said that she is rooting for me in my big fight and that meant the world to me.”

Crolla concedes there would have been a huge void in his life had his boxing career been brought to a premature end, while relief was the overriding emotion when the British Boxing Board of Control cleared him to return in March.

But the potential for irreparable psychological damage remained for a boxer who has won 29 and lost four of his 35 contests, as did a possible reluctance to withstand the blows necessary to compete for and win a prized world title.

“Some people ask if I’m worried about taking a punch now. Not at all,” he said.

“I was a bit worried about my resistance to punches to begin with, so being hit again was the final hurdle for me to get over.

“In a way I was looking forward to getting punched again when sparring. When there were no repercussions, that was the last box ticked.

“I think in any sport if you do something half-heartedly, the chances of you getting injured increase. But I have absolutely no worries on that score. Not everyone gets a chance at a world title fight, let alone two. I appreciate how lucky I am.”