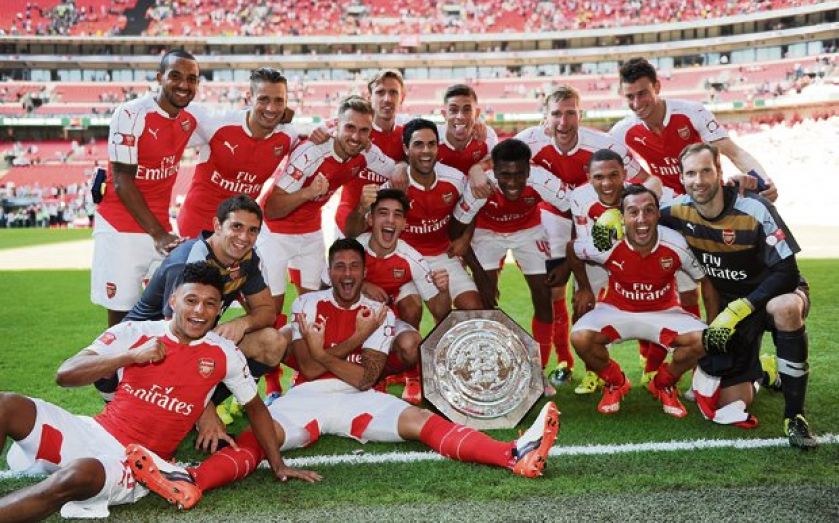 England forward Alex Oxlade-Chamberlain proved the match-winner with a first-half clincher as Wenger recorded his first victory over Mourinho at the 14th attempt.

Mourinho insisted that Wenger’s side had reneged on their offensive brand of football, instead opting for a conservative mindset against the reigning Premier League champions.

“The best team lost and the defensive team won,” said Mourinho. “My opinion is that one team defended very well, left their philosophy in the dressing room, changed their attitude and philosophy, and accumulated 10 players behind the ball.

“This is football. This is very good tactical organisation and in that perspective they scored one goal and deserved to win.”

“I was doing what the status of my club and my status as a manager means I have to do, which was to be there for the winners and, in that point, you only miss me if you want to miss me,” he added. “Every Arsenal player came in my direction which was the easiest thing to do and if other people didn’t come in my direction, that is not a problem.”

Wenger, the recipient of frequent Mourinho jibes, dismissed the notion that his side were ultra-defensive and played down the handshake row.

“We abandoned nothing,” said Wenger. “Our game is based on togetherness and solidarity. Yes, we defended because maybe Chelsea was a psychological hurdle. We were more concerned when we were 1-0 up to protect our lead. I don’t believe that is giving up your philosophy. We behaved like that because we wanted to win and I’m quite proud of that.”

He added: “I shook a few hands at the end of the game. There is nothing special there. That’s it.”

Arsenal had failed to score against Chelsea since Mourinho returned to Stamford Bridge in the summer of 2013, but that changed 24 minutes into proceedings. Striker Theo Walcott, fresh from signing a new four-year contract, found Oxlade-Chamberlain, who cut inside full-back Cesar Azpilicueta and thundered a shot high past Thibaut Courtois.

Chelsea midfielder Ramires failed to hit the target with a free header from inside the six-yard before half-time, while in the second period Eden Hazard blazed over.

Former Blues goalkeeper Cech, who joined Arsenal in the summer, clawed behind a curling free-kick from Oscar, while Courtois denied Santi Cazorla and then substitute Kieran Gibbs a late second goal for the Gunners.