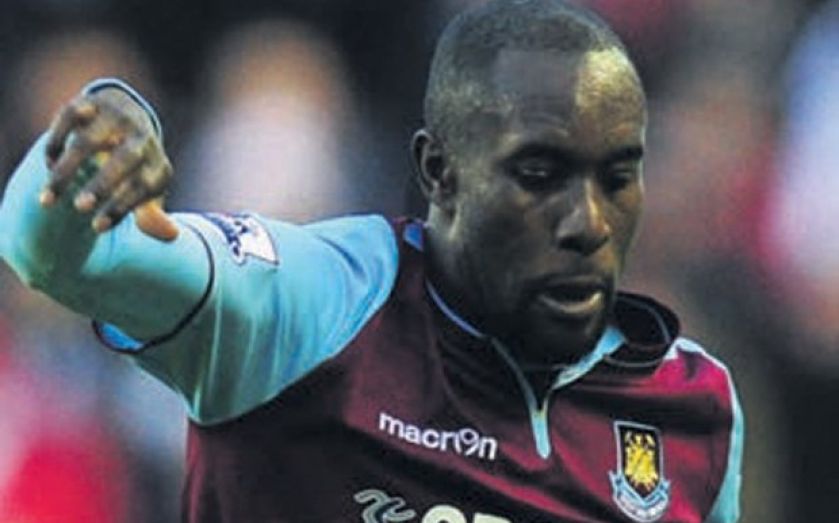 FORMER England striker Carlton Cole is determined to prove his worth to West Ham after returning to Upton Park just six months after his release.

Cole parted company with the Hammers in the summer after seven years with the club, having scored 59 goals in 237 appearances.

Manager Sam Allardyce attempted to re-sign Cole last month with £15m striker Andy Carroll sidelined by injury, while Modibo Maiga and Mladen Petric have failed to net a Premier League goal between them this term.

The 30-year-old failed a medical, but having spent the subsequent period working on his fitness at the club’s Chadwell Heath training ground Cole finally proved he was ready to sign a new three-month contract.

“I’m in an excellent mood, am happy to be back and can’t wait to get working with the lads again and start my season off,” said Cole, who could make his second Hammers debut in Saturday’s home match with Manchester City.

“I’ve been working hard with the strength and conditioning coach Mathew Monte-Colombo in the gym and he’s been really hands-on with me to get me up to standard to train with the team and get my match-fitness up as quickly as possible with a view to signing.

“I feel fit and raring to go and it’s time to start knocking on the manager’s door to get some games under my belt.”

West Ham have scored seven goals in seven Premier League games, though three of those came in the thrashing of Tottenham in their last match – their first win since the opening day of the season.

“There are top-class players here and it’s good to be playing and stable in the Premier League and looking to progress and do better than last season,” said the former Chelsea and Charlton forward.

“We’ve got the players to do that and hopefully I can be a part of it.

“Everything happens for a reason and you don’t always choose what is going to happen to you.

“We decided to part ways in the summer but West Ham and me have ended up together again.

“Hopefully I can come in and be who I am and help the team achieve what we need to achieve.”