Clerkenwell controversy: The award-winning development that could be torn down 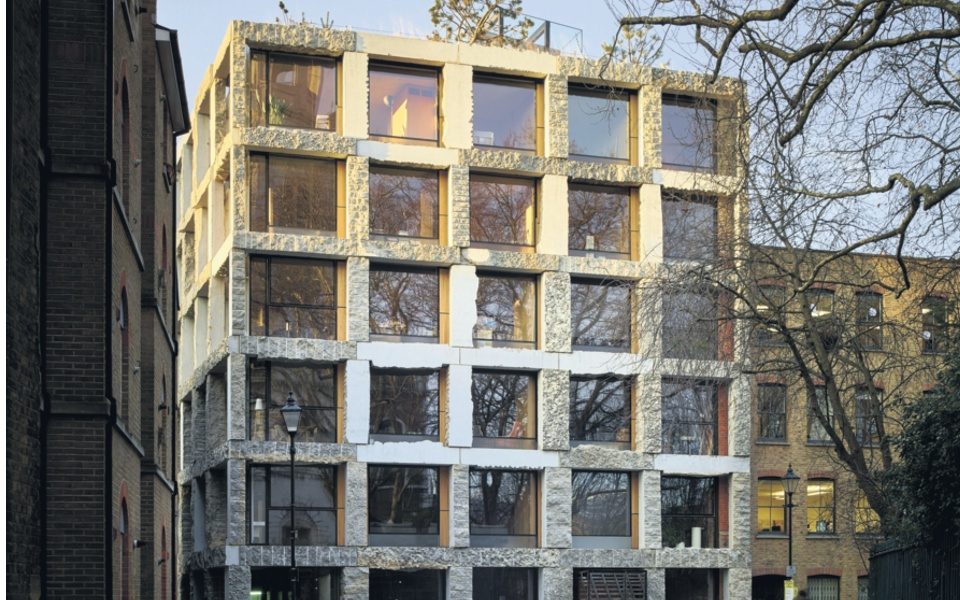 London’s walking tours are a great way to read the streets. Layers of history are all around us – every brick, every alley has a story to tell, and guides familiarise us with architectural styles, from modern to maverick.

During this May’s Clerkenwell Design Festival I found not one but two design walking tours of EC1 – Made in Clerkenwell by resident-guide Karen Lansdown, and a three-hour walking tour by the architect Ward Thompson. Both delved into the history of this vibrant neighbourhood and both stopped outside 15 Clerkenwell Close, the RIBA award-winning office and apartment building completed in 2017.

Like the best architecture, the more you know of this bold building, the more there is to appreciate. Yet its fate hangs in the balance. Resolutely flouting the pastiche of its neighbours and refusing to “fit in,” the building is under threat of demolition due to residents’ complaints.

Built by Amin Taha Ar­chitects with Groupwork, the idea was to contextualise a new building within the site’s origins as an 11th-century limestone Norman abbey (disbanded by Henry VIII), referencing the building methods of the Normans, yet creating something clearly contemporary.

So rich is Clerkenwell’­s history as the place where people settled who didn’t “fit in” within the ancient City walls, that the site had once been home to Oliver Cromwell, and briefly housed the radicals Marx and Lenin. Because it was destroyed by fire, the architects found only a few stones from the abbey, but the new building traces its 11th-century boundaries. Taha investigated the Norman’s use of limestone and 15 Clerkenwell Close took shape, with monumental columns dotted with fossils.

It isn’t built as an internal structure and façade – what you see on the outside is the fabric of the building. “With its quarry-found finishes, part carved and abandoned stone columns, revealed cloisters and mosaic floors, 15 Clerkenwell Close at first alludes to a local archaeology,” Taha says. “But it also raises questions on our architectural heritage and its responsibility within a broader culture.”

In other words, rather than just conforming, architects have a responsibility to populate our cities with creative work, when coming from a place of cultural authenticity. His view on the complaints against the building is that he is “fighting retrospective aesthetic preferences of others who want to strip away the original decisions of the planning department”.

Guide Karen Lansdown says that her clients might be shocked when they first see it – “but once the rationale behind the building is explained the majority really appreciate it and see it as ideal for this location,” she says. “I like the way the large glass windows reflect the 18th-century parish church of St James which stands opposite. Its peaceful cloistered arcade and garden are reminiscent of the nunnery.” Architect Ward Thompson also includes it on his walk: “The building continues the diversity and quality of design that Clerkenwell represents,” he says. “When I tell my clients of the threat of a demolition order by the Borough of Islington, they are shocked at such an incomprehensible possibility.”

Islington council’s decision on this maverick building is expected later this summer.

• 15 Clerkenwell Close is part of Made in Clerkenwell tours by Lansdowns London lansdowns.london)