The Xmas endgame: Why retailers are wasting their money on Christmas TV adverts 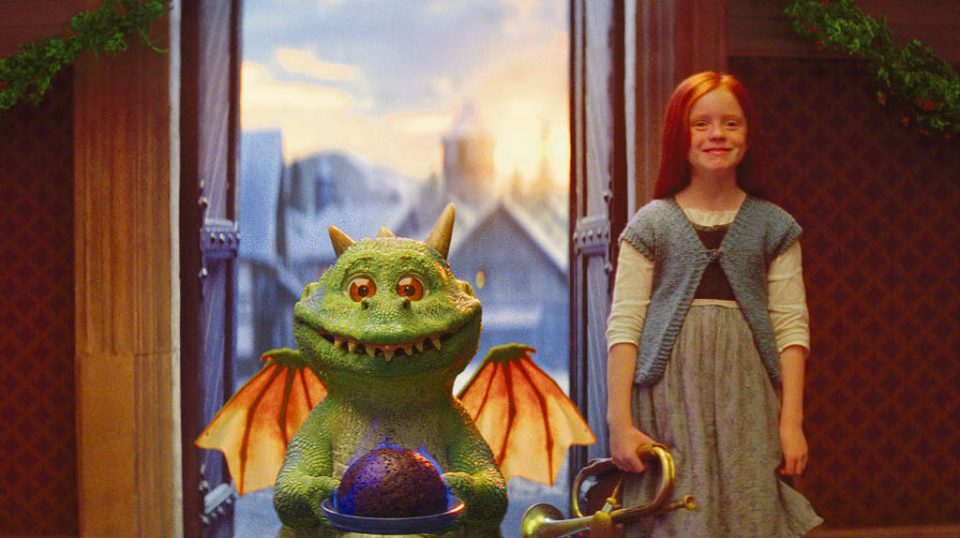 An estimated £6.8bn has been spent on creating and buying airtime for this year’s crop of Christmas commercials — up nearly five per cent on last year’s spend.

Certainly, the ads boast high production values, but was this money well spent, or would these brands have been better off holding onto the cash and hoping that Santa brings them increased sales this festive period?

Let’s start by looking at whether the adverts this year actually connected with viewers.

The most high-profile Christmas ad is always, of course, John Lewis. The retailer’s annual offering has become something of an institution since it teamed up with creative agency Adam & Eve/DDB back in 2007.

But it’s been a tough year for John Lewis, which reported its first ever half-year loss in September. To save money this Christmas, the retailer released a single commercial for both its John Lewis and Waitrose brands. The ad, featuring an excitable dragon called Edgar, still set the company back an estimated £7m.

Read more: Which 2019 Christmas TV advert was the best?

So far, it has been viewed 8.7m times on YouTube. But was it effective at connecting with audiences?

According to research by video company Unruly, 38 per cent of consumers had a strong emotional response to the campaign. This is not bad. But it wasn’t as successful at pulling viewers’ heartstring as Very’s “Get More Out of Giving”, which came top with 40 per cent of viewers feeling very emotional — a result that’s twice as intense as the UK norm. Very’s ad sees a street of residents working together to give their elderly neighbour a present.

“Some may be surprised to see Very ahead of John Lewis and Waitrose, but this shows how valuable it is to test ads against a large sample of people who accurately represent the mood of the UK,” explains Rebecca Waring, a global vice president at Unruly.

“Very has tapped into this year’s zeitgeist with great success. The ad is whimsical, old-fashioned and innocent, with an emotive soundtrack.”

Based on Unruly’s research, several of this year’s other Christmas commercials achieved strong emotional engagement with around a third of audiences. But while the adverts might pack an emotional punch, that doesn’t necessarily mean their respective brands will be front of mind when customers go out to the shops.

“Most Christmas ads won’t be remembered — 89 per cent are immediately forgotten, with a mere four per cent being remembered favourably,” says Paul Mellor, co-founder and managing director of Mellor&Smith.

This, of course, is not to say that there aren’t any good Christmas ads. “John Lewis’ offerings have become a tradition in their own right,” Mellor adds. “And Sainsbury’s advert from five years ago, Christmas Eve 1914, doesn’t leave a dry eye in the house.”

It’s worth remembering that Christmas adverts are also potentially lucrative opportunities for merchandising. Fans of this year’s John Lewis offering can visit stores and buy their own Edgar the Dragon for £15, while there have been reports of huge queues outside branches of Aldi, with customers pushing and fighting to get their hands on a Kevin the Carrot plush toy.

But not everyone is a fan of the discount chain’s festive orange mascot.

“Fine, it’s a cute carrot,” says Mellor, commenting on Aldi’s Christmas campaign. “But generally these ads have no real message, and gives us nothing that we haven’t seen before. Boring.”

Another knock against this year’s campaigns is the fact that only 20 per cent of brands made a version that’s optimised for mobile, according to the tech company Vidsy.

Instead, most of them simply posted their TV version across social media, a technique which generally underperforms versus content that’s optimised for the platform. This is a problem, because roughly 60 per cent of audiences prefer watching content online, according to a Google study.

“With huge budgets being spent at Christmas, it’s certainly no time for exception and seems a missed opportunity not to consider mobile video best practice with your brand advertising.”

The fixation on making TV adverts — and spending the huge amounts that a decent television campaign requires — is part of an outdated way of thinking in the marketing industry, according to Simon Pont, co-founder of brand growth agency Big Blue.

“The agency old guard will of course tout an old-school solution in protection of their own margin squeeze,” he argues. “They still think that you have to spend your way into people’s hearts and minds with £500,000-plus production budgets and £2m airtime spends, just to put 30 seconds of video in front of people — who will do both watching and up to 80 per cent of the Christmas shopping from the double-screening comfort of their sofas.”

Pont adds that, in the age of Netflix and streaming, the Christmas TV commercial has become an anachronism.

“What stole our hearts and column inches in 2007 isn’t a rinse-and-repeat practice that can still work with equal effect in 2019.”

Clearly, simply spending millions on high-profile TV adverts is not an efficient strategy. People might like watching them, but brands still have a lot to learn when it comes to optimising their content for online and digital.

Bearing in mind the increasing costs of rents and wages, it’s a surprise that high street chains are still spending so much on glitzy commercials. But perhaps the reason they are doing so is simply due to an all-too-human fear.

“There is a sense that if you didn’t do one of these ads, things would be worse for you,” Kantar’s chief growth officer Jane Bloomfield told the BBC.

“I think there is an element of fear of missing out. That’s why brands try to stagger the release of their ads so they can achieve maximum impact.”

Fear of missing out is an understandable emotion, but perhaps not a logical one. Brands need to get over this anxiety, and spend their money more wisely next Christmas.