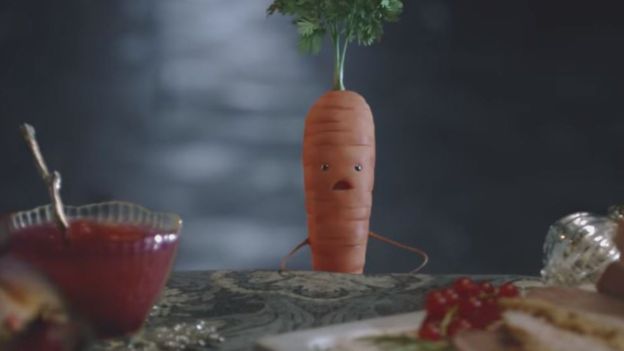 With just over a week to go until Christmas Day, the big question is: have you bought all your presents yet? (I haven’t.)

If you have, did any of this year’s festive ads sway your opinion? Did Elton John tickling the ivories mean that retailer John Lewis tickled your fancy, or did you feel like doing all your shopping online after seeing Amazon boxes sing Jacksons’ classic “Can you feel it”?

With brands spending so much on these campaigns ads (a record £6.4bn was spent on advertising this quarter), it is worth figuring out what makes for an effective Christmas advert.

“Christmas ads do work, generating between £1.50 and £4.50 in profit for every pound spent,” says Michael Cross, founder of Brightblue Consulting. “However, when compared to campaigns that run at other times of the year, the performance of Christmas campaigns is less effective. This is often because of higher advertising costs.”

At first glance, the most common thing that effective Christmas ads do is pull at the audience’s heartstrings.

“The crux of it all is the emotional connection that people have with the content. It’s about creating a brand message and creative content that forms a genuine connection with your audience,” says Josh Krichefski, UK chief executive at MediaCom.

We can see this with John Lewis, which had arguably the most effective ad this year. The retailer is recognised as the king of the Christmas campaign, with several successes in the last decade. This year’s emotional ad recapping the life of Elton became the most viewed online with 13m views on Facebook and 11m on YouTube, according to analytics firm Tubular.

It also drove the most engagement on social media, according to research from analytics firm 4C.

“While it might be easy to attribute the success of this ad to Elton John pulling on consumer heartstrings, the John Lewis strategy is actually much more sophisticated than that,” says Aaron Goldman, chief marketing officer at 4C.

“This emotional ad precedes product ads across TV and social, creating an experience that encouraged people to discuss and share what they saw on TV with their networks on social media.”

John Lewis has clearly achieved social media success, but did the ad actually help sales? It was released in mid-November, ahead of the key Black Friday shopping days.

John Lewis did report record breaking sales during this period, but Black Friday was broadly a damp squib for retailers – Barclaycard reported that consumers spent 10 per cent less than the year before, while shopping monitor Springboard said footfall to stores was down by six per cent.

And since Black Friday, John Lewis sales have declined – for the week to 8 December, the retailer saw sales fall 3.8 per cent to £291.5m compared to the same week a year before, according to the Retail Gazette.

Like a candle in the wind, Elton’s sales boost for John Lewis was brief.

An effective Christmas ad isn’t just about driving sales, it is also useful for expanding brand awareness, and creating positive connotations about a brand in the eyes of the consumer.

This partly explains the BBC’s decision to produce its own Christmas ad this year. The BBC is now competing with so many other channels for viewers at Christmas, not just on television but against internet streaming services like Netflix and Amazon, that it attempted to connect the warmth of family time at Christmas with watching BBC One.

It didn’t quite have the desired effect.

First, the BBC was slammed by people asking why a publicly-funded organisation felt the need to spend taxpayers’ money on self-promotion.

And then there was the content itself. Entitled “Wonderland”, the ad depicted a busy working mother and her lonely son coming together as time freezes around them.

The backlash was fierce, with many arguing that it seemed to vilify or guilt-trip mothers for having the audacity to go to work, rather than dedicating themselves completely to their children. Writing in The Times, Libby Purves said the ad managed to portray working mums as both “borderline-neglectful mothers and flaky unreliable workers”. Bad luck for the BBC.

We can’t talk about Christmas ads without mentioning Iceland, which pursued a very different path to raise awareness about palm oil and the destruction of the rainforests – though it is worth noting that Iceland still sells palm oil products in its stores.

At any rate, the ad never made it to broadcast. It was banned from TV, as the cartoon was actually a rebadged Green Peace short film.

Controversy over the ban helped the ad perform very well online. It became the second most viewed Christmas video after John Lewis, and in the first 48 hours after it was released, it was mentioned over 300,000 times on social media, compared to John Lewis (146,000 mentions) or Sainsbury’s (a mere 11,000 mentions), based on data from media company Meltwater.

“I expect that 2019 will see more brands place corporate social responsibility at the forefront of their marketing campaigns, since authenticity and sustainability are key trends for next year.”

Since an effective Christmas ad is one that creates a strong emotional reaction, we’re likely to see more in the future that deliberately provoke outrage to get people talking online.

However, while outrage is demonstrably effective, whether it’s wise to get people riled up at Christmas is another question. It’s hardly in keeping with the joyful theme of the festive season – hopefully marketers will bear this in mind next winter.