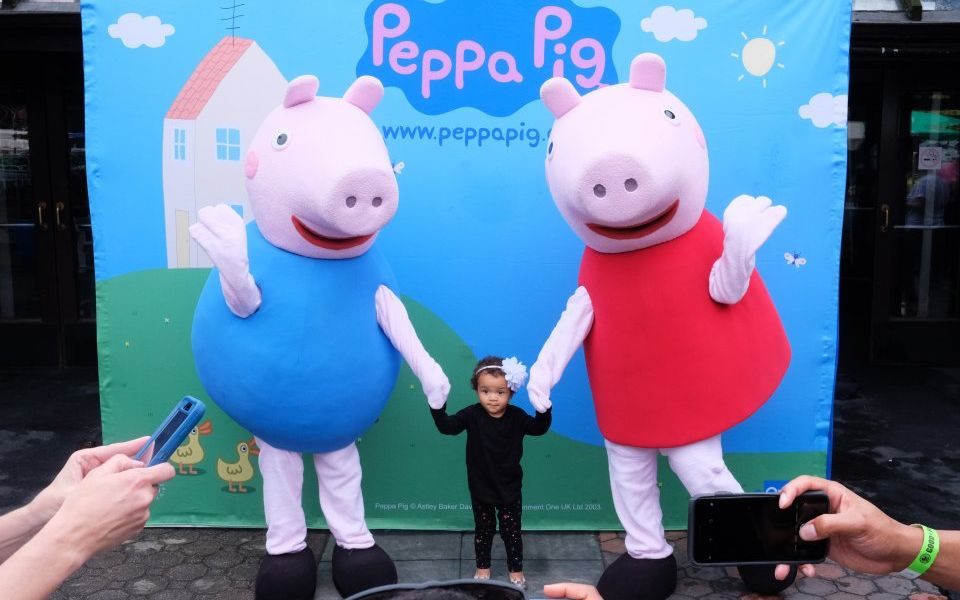 The continued success of family cartoon shows such as Peppa Pig and PJ Masks have carried Entertainment One through the first half of its financial year, as restructuring costs take their toll on its profits.

The company's share price fell more than 4.7 per cent as markets opened this morning.

This was powered by strong growth in its family and brands division, where revenue rose 29 per cent to £76m, but largely offset as revenue in film and television fell seven per cent to £331.5m.

The group's earnings before tax swung to a loss of £40m, a total of 1,483 per cent down from last year's £2.3m profit over the same period. This was attributed to one-off costs of £59.4m, compared to just £3.4m a year ago, related to the restructuring of its film distribution business as consumer home entertainment usage declines.

Full year financial performance is expected to be in line with management expectations, as its family and brands division continues to provide a solid base for revenue and performs well in Asian markets.

Stable brand favourites such as Peppa Pig have proved immensely popular in new markets, despite the cartoon pig's image being censored on a Chinese internet platform. Particularly as the show's 15th anniversary and the Chinese New Year of the Pig rolls around in 2019, Entertainment One is forecasting nothing but growth for the character.

However, a transition away from distribution of its film and television productions has impacted the group's profits greatly in the first six months of the year. This included a write-down of its home entertainment inventories at £22.9m, debt expenses of £13.4m and severance and staff costs of £3.9m.

In time, it is expected that the business will recover as it focuses more heavily on production of its own film and television content, which includes popular shows such as Designated Survivor and The Walking Dead.

"The market is hungry for content and needs high-quality series to drive traffic. Entertainment One’s independence puts it in a strong position to benefit from that appetite."

"Changes in consumer behaviour within the content industry are accelerating at an unprecedented level and in the six months ended 30 September 2018, the home entertainment markets in all of the group's operating territories experienced significant challenges," said Entertainment One in the results report.

"The growth in the market for content rights is being driven by rapid changes in consumer behaviour, fuelling the demand for high quality content. Entertainment One's strategy to focus on growth through content ownership puts it at the centre of this positive structural change."

It added: "The group continues to assess and respond to the implications of Brexit and expects there to be no significant exposures."

Entertainment One chairman Allan Leigton said: "Entertainment One continues to execute its strategy well, with the group delivering solid financial results and successfully bringing additional high-profile creative and management talent into the business during the period.

"The group continues to be optimistic amidst ongoing evolution in the industry and we look forward to the rest of the year with confidence."